Almost there! Emily Blunt showed off her growing belly on Tuesday (December 10th)  when she was photographed leaving a gym in West Hollywood, California. 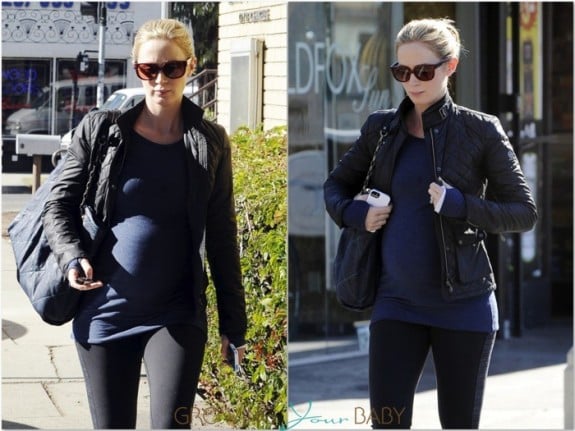 The Young Victoria star stepped out after finishing her workout in a navy blue shirt, black workout leggings, and a pair of Nike sneakers. As of late, she’s traded out her usually dark brown locks for a pretty blonde color.

Emily has been hard at work on the upcoming films Into the Woods and Edge of Tomorrow, both slated for release in 2014, but it seems she’s still making the time to keep fit as she prepares for baby’s arrival! 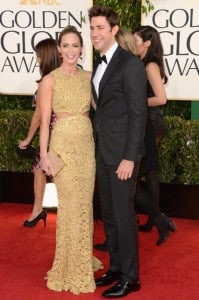 The British actress is expecting her first child with fellow actor, and hubby of three years, John Krasinski. While she hasn’t spoken much about the pregnancy, she’s been spotted out and about showing off her belly in Hollywood, as well as in Honolulu, Hawaii back in November. US Weekly gave us a glimpse of  the star as she was clad in a bikini, her belly on full display while she enjoyed some sun and sand with her family and friends.

Just last year she spoke of her desire to have children, telling Manhattan magazine, “We want to have children; I just don’t know when yet. I’m just not sure about the timing of all of that.” She went on to add, “We’re both from big families so I think it’s something we want.”

Now that the couple will be adding to their big families, it will certainly be exciting to see baby Blunt-Krasinski make an appearance with busy mom and dad. We can’t wait to see baby hit the town with the English mommy-to-be!