We know that, when we are pregnant, we must be conscious of what we put in our bodies and what we are exposed to. Cat litter. Certain cold and flu medications. Alcohol. These items, and many, many more can alter the development of a fetus. Now, researchers are saying that certain Endocrine disruptors that have the ability to alter thyroid levels could impact the brain development of an unborn fetus, adding yet another set of items that pregnant women should be cautious of. 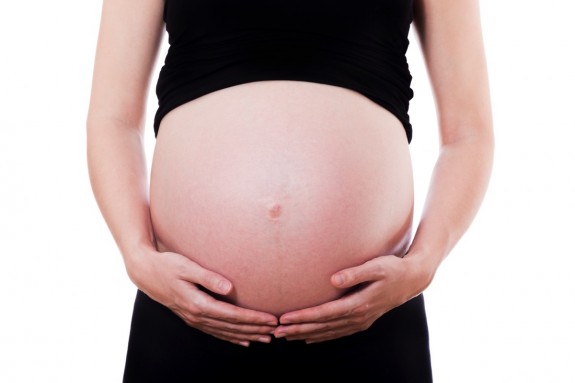 Led by biologist R. Thomas Zoeller of the University of Massachusetts Amherst, the study provides “the strongest evidence to date” that endocrine disrupting chemicals like polychlorinated biphenyls (PCB) could interfere with the thyroid hormone action in pregnant women and travel across the placenta to the fetus. Found in flame retardant clothing, paint, adhesives, and electrical transformers, these items should be avoided, if at all possible, they say.

“As endocrine-disrupting chemicals, PCBs interfere with the way the thyroid hormone functions, but they don’t actually change the amount of the hormone found in the body,” Zoeller said in the Endocrine Society’s Journal of Clinical Endocrinology & Metabolism. “Although these effects are largely invisible in scientific studies that only judge thyroid activity by measuring hormone levels, they may be having a real impact on infants’ brain development.”

Though they were banned in the United States in 1979, PCBs are still released into the environment from disposal sites or products manufactured before the ban occurred. And, most people alive today have been exposed to low levels of PCBs, Zoeller said.

To see how exposure may or may not affect a growing fetus, they conducted a birth cohort study in which the examined the effects of low-dose chemical exposure in 164 women. Tissues from their placentas (the uterine structure that provides nutrients and oxygen to the fetus) were analyzed for a specific enzyme, CYP1A1, which changes endocrine-disrupting chemicals into a form that can directly interfere with the body’s thyroid hormone receptors.

The study’s framework for analyses was created by using placental tissue from a large epidemiological study, which happened to be a collaboration between scientists in the biology department at UMass Amherst and physician scientists, led by Larissa Takser at the University of Sherbrooke, Quebec.

“This led us to predict specific molecular events that might be occurring in the placenta,” Zoeller said. “And as best as we can tell right now, we were correct.”

According to the results, pregnancies in where the placenta contained higher levels of CYP1A1, there were also signs of thyroid disruption; more specifically, there were two different thyroid-regulated genes that were higher in these pregnancies, despite the fact that the mother’s thyroid hormone levels never changed.

“Whatever is happening in the placenta likely reflects what is happening in the fetus,” Zoeller said. “To truly understand how endocrine-disrupting chemicals may be affecting pregnancies, the findings show we need to study not only hormone levels, but hormone activity at the cellular level.”

Zoeller added that the effect may be especially insidious for women that smoke. CYP1A1 production is higher in people that smoke, and researchers did find higher enzyme levels in the placentas of pregnant women who smoked.