Because physicians and health organizations worldwide have long encouraged breastfeeding as the best way to give balanced nutrition and provide infants with critical antibodies, it’s worrisome that breastfeeding levels in the UK are among the lowest in the world. 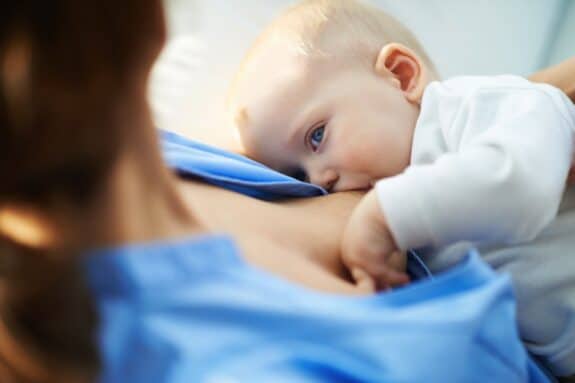 In some areas only 12% of six to eight week old babies are being breastfed. Comparing that percentage to a number of 80% of babies being breastfed in Norway at six months of age makes the UK deficit even more glaring.

The NHS estimates that it could save 17m pounds yearly in hospital admissions and doctor visits if more women breastfed longer. And while some experts are skeptical about those numbers – published recently in the journal JAMA Pediatrics – few will dispute the many benefits of breastfeeding.

That’s why a trial pilot program involving more than 100,000 new mothers was conducted by the University of Sheffield and the University of Dundee. Funded by the National Prevention Research Initiative and Public Health England, the program offered shopping vouchers to mothers if their babies received breast milk (either through breastfeeding or expressed milk) at two days, ten days, and six weeks old. A further voucher was awarded if babies continued to receive breast milk at six months old.

The trial design could not avoid the possibility that an economically deprived mother might falsely report breastfeeding to receive what amounted to a 200 pound reward.

The study outcome was primarily based on what mothers told their healthcare providers about how they were feeding their babies.

Study co-author Mary Renfrew is a professor of mother and infant health at the University of Dundee. She says that the initiative was designed to help facilitate appropriate breastfeeding support and services, and make them more widely available in all areas where the study took place.

Many women involved said the program helped normalize breastfeeding for those women who found it difficult or embarrassing, and may help keep them motivated to establish and maintain breastfeeding their infants.