According to the British Lung Foundation, more than 430,000 children are exposed to second-hand smoke in cars every week. Because of the some 4,000 chemicals found in cigarettes, the passive inhalation of smoke can increase a child’s risk of asthma, meningitis, and SIDS. And, in small, enclosed spaces, like cars, smoke can linger up to two-and-a-half hours, even with a window open. England hopes to put an end to all of it through a wide-spread ban. 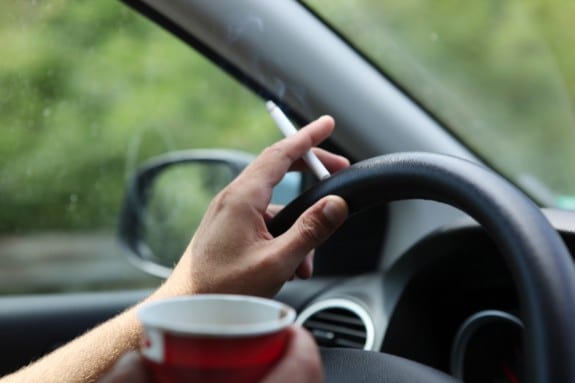 “Three million children are exposed to secondhand smoke in cars, putting their health at risk,” Public Health Minister, Jane Ellison, told BBC. “We know that many of them feel embarrassed or frightened to ask adults to stop smoking, which is why the regulations are an important step in protecting children from the harms of secondhand smoke.”

According to the new law, which is set to pass October 1st, anyone found smoking with a child under the age of 18 could be fined up to £50. Similar bans already exist in parts of Canada, Australia, and the United States, and Scotland is now considering introducing a similar ban in the near future.

The British Lung Foundation is calling it a win.

“This is a tremendous victory,” Dr. Penny Woods, chief executive of the British Lung Foundation, told BBC. “We urge the Government to show the same commitment to introduce standardized packaging for all tobacco products in order to protect the 200,000 children taking up smoking every year in this country. We are certain that these measures together will prove to be two of the most significant milestones for public health since the smoke-free legislation of 2007.”

But not everyone is happy about the new legislation, particularly Simon Clark, director of the smokers’ group, Forrest. He says the legislation is excessive.

“The overwhelming majority of smokers know it’s inconsiderate to smoke in a car with children and they don’t do it. They don’t need the state micro-managing their lives,” he told BBC. “The police won’t be able to enforce the law on their own so the government will need a small army of snoopers to report people.”