Erika Christensen is going to be a mom! The actress revealed the exciting news this week on twitter just a day before showing off her growing belly on the red carpet for the premiere of Confirmation. 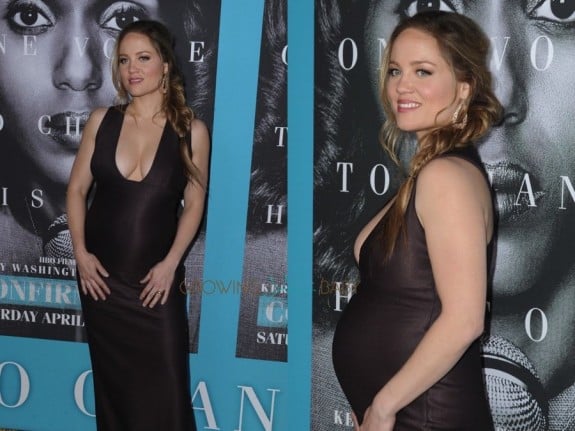 This boy is getting a little sister. A human sister. ?? She'll make her first appearance tomorrow at #Confirmation. pic.twitter.com/fC6hUAWIG5

In a follow up tweet she revealed that she is 7 months along – correcting InStyle Magazine, who estimated that she was 5 months pregnant.

The fashion magazine noted that Erika was dressed in a satin oxblood Veronica Beard dress with a plunging neckline and matching Anne Sisteron earrings for her pregnant debut! Gorgeous! 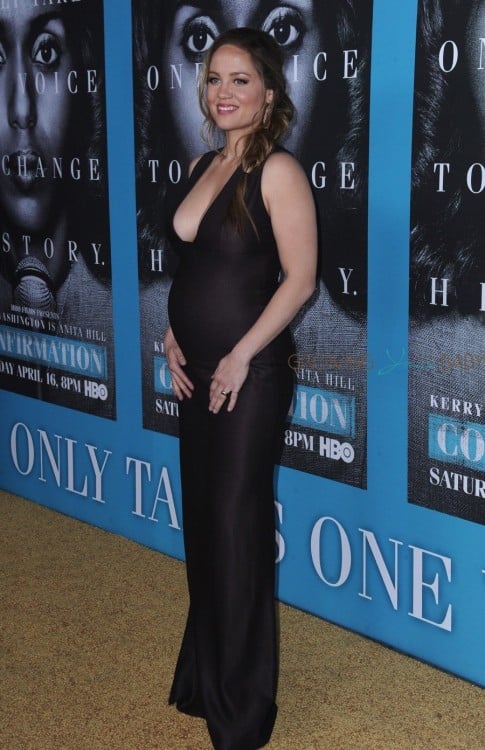 The new baby will be the first for Erika and husband Cole Maness, who married in September.