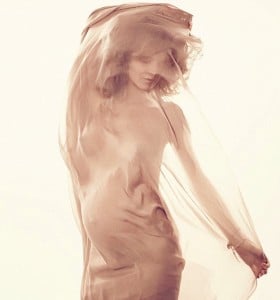 Congratulations to Eva Herzigová and her husband Gregorio Marsiaj. The couple are now the proud parents of a second addition to the family – a son.

People Magazine announced the birth on Tuesday, but the arrival happened earlier this month. Phillip Marsiaj was born on March 13 at London’s Portland Hospital.


Phillip is the second son for this couple. His older brother, George, is currently three and a half years old. Eva is best known as one of the top fashion models in the world working both the runway and in photo shoots.

Right now, Eva is currently the face of Chopard while also working with Dolce & Gabbana fragrances.

In an effort to expand her home for her growing family, she has made plans to make additions to her London home, but her neighbors are less than thrilled about the plans, according to Contact Music. They plan to take the model to court on May 11.