Surprise! Evangeline Lilly is pregnant with her second child!  The actress showed off her growing belly on the red carpet at the Marvel Studios ‘Ant-Man’ premiere at the Dolby Theatre in Hollywood, California. 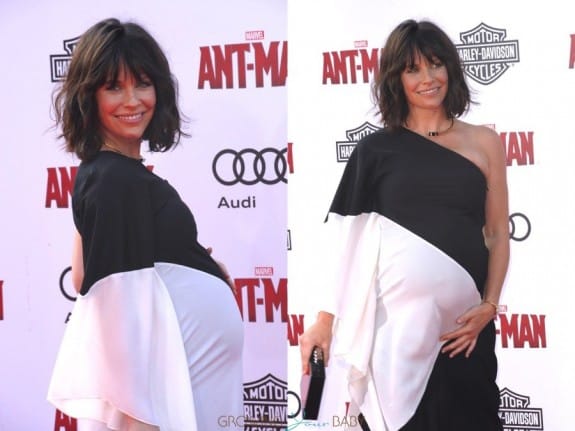 Seven months along, Evangeline was beautiful in an asymmetrical Halston Heritage dress, which she paired with a Les Petits Joueurs clutch. 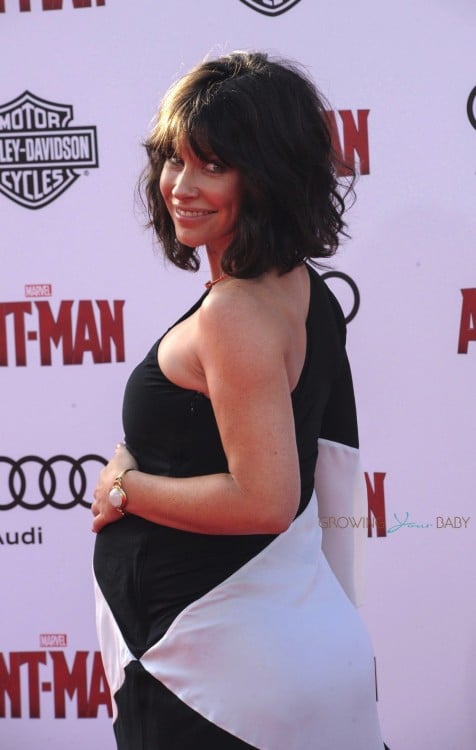 Later she shared a photo on Instagram of herself in a yellow dress backstage at the Conan O’Brien Show.

A post shared by Evangeline Lilly (@evangelinelillyofficial) on Jun 29, 2015 at 4:33pm PDT

While on the talk show last night she revealed that his arrival at her home in Hawaii wasn’t completely ideal.

‘There was an island wide power-outage at the moment of his birth so it was dark and there was no lights and it was a bit crazy,’ she explained.

‘I was in a fairly meditative state throughout the entire labour,’ she added. ‘Probably actually too much of a meditative state. Sometimes I wonder if maybe I had come back to real life and participated then it wouldn’t have been a bit shorter.’

Hopefully this time around, the new baby’s arrival will be less dramatic.