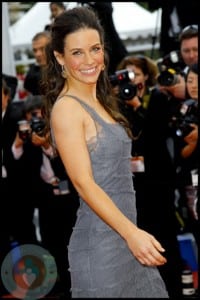 Congratulations to Evangeline Lilly and her boyfriend Norman Kali. The couple are now the proud parents of a new arrival – a baby boy.

Lilly has managed to keep her privacy during this time, so there is very little known about the new arrival. The name, birth weight and the date of birth have not yet been released.

Lilly met Kali while working on Lost, which ended its run on television a year. Kali was a production assistant on the ABC series.The actress plans to take a break following the birth of her son.