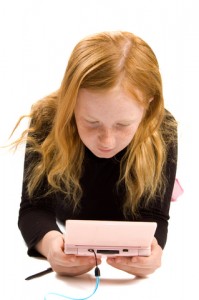 Psychologists at Iowa State University claim that children who watch more than 2 hours of TV per day are more likely to have attention and concentration problems. The researchers say this also involves playing video games on the computer and TV.

According to the American Academy of Pediatrics (AAP) and the Canadian Paediatric Society, children should have no more than two hours of screen time each day. However, many children are getting far more than this when TV and video game time are combined. The more a child’s screen time, the greater attention problems they face in a classroom setting.

“There isn’t an exact number of hours when screen time contributes to attention problems, but the AAP recommendation of no more than two hours a day provides a good reference point,” said lead author Edward Swing, a psychology doctoral candidate.

“Most children are way above that. In our sample, children’s total average time with television and video games is 4.26 hours per day, which is actually low compared to the national average.”

The study looked at 1,300 children in grades 3, 4,and 5 and 210 college students. For the young children, the researchers compared parent’s reports of how much screen time each child had verses teacher’s reports on the attention span of each child in school. Teachers reported on the children’s school performance, aggressiveness and social behavior, as well as attention problems. The college students self-reported both screen time and attention problems.

“In just one year, we would see attention problems in the classroom getting worse related to how much time kids are in front of television and video games.”

Dr. Dimitri Christakis, director of the Center for Child Health, Behaviour and Development at Seattle Children’s Hospital, says that there are several well-done studies that have shown a link between excessive media and attention span problems. Accordng to Christakis, real life pales in comparison to TV and video games making it easier for children to focus less.

“Life isn’t as interesting as video games are.”

However, not all experts agree that media is to blame. Judith Wiener, professor of school and clinical child psychology at the Ontario Institute for Studies in Education, says there may be other factors that are contributing to children’s attention limitations. Lack of exercise or poor sleep habits can also play a part in a child’s inability to focus in the classroom.

“I think the study would have been more solid had they looked at some of these other possible factors. More research is needed to look at that.”

Despite the constant discussion on whether or not TV and video games are bad for kids, most experts agree that parents should limit screen time for their children. – Summer, staff writer