Home » Expert Panel: Ontario Should Pay For In Vitro Fertilization 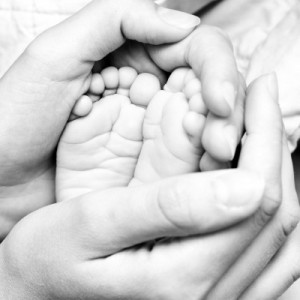 An expert panel on infertility and adoption, appointed by Ontario Premier Dalton McGuinty last summer, is recommending that the Ontario government provide funding for up to three cycles of in vitro fertilization for women under the age of 42.

The group said the high cost of fertility treatments is leading to decisions which result in an unacceptable high rate of multiple births in Ontario.

One in six couples will struggle with infertility and the greatest barrier to assisted reproduction services is the cost, with one cycle of IVF costing about $10,000.

To increase chances of success, women and couples choose to have more than one embryo transferred, say the authors of the report. As a result, the rate of multiple births from assisted reproduction was 27.5 per cent in 2006, compared to rates below 10 per cent in other jurisdictions with controls on the number of embryos transferred, they say.

The report recommends the province require all IVF clinics and fertility centres to be accredited and, as a condition of accreditation, required to reduce their multiple birthrate to 15 per cent within five years and 10 per cent within 10 years.

The province could save $400 million to $550 million in health-care costs over the next 10 years by reducing the number of multiple births from assisted reproduction, the panel said.

“Over a period of years, the savings from those multiple birth incidents would more than cover the cost of public funding of three cycles of IVF,” said panel chairman David Johnston, president of the University of Waterloo.

Dalton McGuinty said this week the government is reviewing the recommendations.

“The reason that we asked for the report to be prepared is because we believe that there is a real issue, we believe that it is a growing concern to families — and particularly to women — who are having difficulty getting pregnant. And that’s an issue for all of us,” McGuinty said.

“We want to lend a hand, but we want to do it in a way, again, that is something we can manage financially.”