We’ve been hearing for quite some time that autism is on the rise. But is it really? Apparently, the answer to that question depends on who you’re asking.

According to the U.S. Centers for Disease Control and Prevention (CDC), the official estimate is that 1 in 88 children in the United States has an autism diagnosis. This is higher than their estimate from 2006 of 1 in 110 children with autism, and a surprising jump from the 1 in 10,000 rate from decades ago. 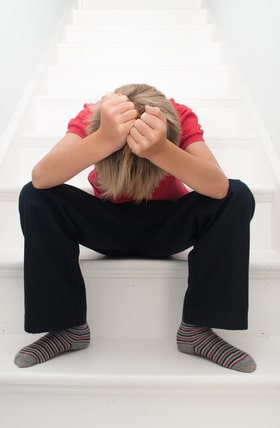 But this estimate pales in comparison to a 2011 study in which researchers from Yale and George Washington Universities looked at autism rates in a suburb of Seoul, South Korea. After looking at thousands of children, they found that 2.65 percent of them had autism – a whopping 1 in 38 children, many of which had not been officially diagnosed.

However, a 2011 study from Britain found that diagnosis has stayed fairly steady over the last several decades – 1 in 100.

Nancy Minshew of the University of Pittsburgh says that, as she sorts through the evidence, she feels that the rates have actually remained rather steady. However, she believes that maybe there are more diagnoses being made, simply because we are a little more sensitive to what it means to be autistic.

“I tend to think [the increase] is a result of people recognizing that you can have autism and be verbal and can have above-average intelligence, and in the past those people who were verbal and particularly those who seemed so smart but could never hold a job, they got diagnosed with schizophrenia or a variety of other disorders,” Minshew, who directs Pitt’s Center for Excellence in Autism Research, said.

She also added that people with severe autism used to be institutionalized, which means that older people in their 40’s or up, weren’t previously accustomed to seeing people in public with autism.

“To them, it never existed,” she said. “Autism was never diagnosed, but that doesn’t mean it wasn’t there, but their perception was that it didn’t exist.”

What’s more, Minshew says she’s seen a surge in the number of adults being diagnosed with autism – individuals that no diagnosis seemed to really fit in the past, and so they continued to function in life without the proper diagnosis.

“The typical adult I see who has autism spectrum disorder has about seven different past diagnoses, none of which quite fit – OCD, bipolar, depression. People who don’t know about autism gave them a diagnosis based on some feature that looked familiar to them,” she said.

But there are experts from the U.S. that believe autism is on the rise, including Thomas Insel, the director of the National Institute of Health, David Aaral, research director at the MIND Institute at the University of California at Davis, and Peter Bearman, a social sciences professor at Columbia University.

Earlier this year, Insel shared in an interview that he believed that broader diagnosis of autism and greater awareness are partly to blame for the rise. However, he added because there is no viable explanation for ‘the other half of the growth in numbers), most of us are left with the conclusion that there is a real increase.’

Insel also refutes the idea that individuals with autism were simply given other labels in the past –everything from schizophrenia to retardation – or simply not diagnosed at all.

“There is a large proportion of people with the disorder who are so disabled that it is unthinkable to me that they weren’t detected in the past,” Insel told 7 News. “If you have a 12-year-old in diapers who is head banging and has no language, it’s hard for me to believe these kids existed in 1980 and were not being labeled.”

Insel’s belief is largely based on the work of Bearman, who has done several studies on autism. He’s attempted to find the determining factors behind the rise in autism rates in California. Through that research, he’s found both social and biological factors, which he says accounts for 50 to 60 percent of the increase there. For example, he noted in one study that autism diagnoses go up when affected families live near each other. And, on the biological side, Bearman found that parents over the age of 35 were at higher risk of giving birth to a child with the condition.

David Amaral also believes that the increase is real. However, he refuses to put an actual number on it.

“My sense from talking to lots of people who have been in the field for a long time is that there really has been an increase in the number of with autism, but there are so many confounds – the change in criteria, the fact we’re identifying people with much more subtle changes, and the fact that when I was a kid they might have just been called odd or quirky.”

In South Korea, where the rates are said to be astronomically higher than even the U.S. rates, nearly 37,000 children between the ages of 7 and 12 were screened for autistic traits. Teachers and parents were the ones to report whether or not a child displayed any traits, and then a follow-up examination was conducted by the researchers. Overall, it was found that 1 in 38 children had the condition. Most of those children were previously undiagnosed, which researchers say is due to the strong stigma in that area.

However, there are many experts that say there are problems with this particular study. For example, Professor Isaac Kohane of Harvard Medical School told the Boston Globe that the study assumed families who did not participate in the study had the same autism rate as those that did participate, and that may not be completely true since families that are concerned about their children might be more likely to participate in the study. And so, if dropout families weren’t included, he says that the rate would actually drop to the same 1 percent cited in other parts of the world.

American studies like the one conducted by the CDC, autism rates are based on reports from the government and school districts. But like the Korea study, the UK study, where rates have remained steady, different methods were used to reach an overall diagnosis rate.

Led by Terry Brugha of the University of Leicester in England, that study screened a random sample of about 7,400 people throughout Britain for possible psychiatric disorders, including autism. More than 600 of them consented to an in-depth interview, in which it was determined that about 1 in 100 of all age groups (even those born in the 1930s) had autism. Many of them, particularly those in the older age groups, had never even received a diagnosis.

“I don’t think the [autism] rates are going up,” Brugha had said after doing the study. “Whatever is going on is something that has been going on for a long time, not something recent like changes in vaccination schedules or diets.”

While many may disagree with Brugha’s statement – particularly when it relates to genetic mutation and environmental changes – Eric Courchesne, a leading autism researcher at the University of California at San Diego, thinks that Brugha’s study is rather persuasive.

“The data by Brugha shows that the rates of autism haven’t changed since 70 years ago,” Courchesne told 7 News. “So if someone believes that environmental toxins that are fairly novel are a cause, in the face of his evidence, they would have to argue that [any increases caused by toxins] are extremely rare.”

However, David Amaral says that the data refuses to look at other conditions and how they relate to the changing environment – asthma, rheumatoid arthritis and multiple sclerosis, for example, which have all seen a rise in diagnosis as well.

“I believe there are environmental factors [that play a role], and I think we have to stay open to whatever influences there might be and be willing to explore them,” he said.

That really is the question of the hour now, isn’t it?

Insel says that the only real way to determine the answer is for the United States to do a wide swatch study, like those conducted in Korea and in the UK. However, for whatever the reason, the CDC may not be willing to carry out a study like that. And that means the debate could continue.

But does it really matter, in all honesty? If so, why?

Personally, the numbers don’t mean much to me. I have a son with autism. How I care for him, how I help him at school and at home to function to his fullest potential – THAT is what really matters to me.