Obesity continues to be a nationwide epidemic – one that experts have been working to combat for years. They’ve done so with initiatives in schools and at fast food restaurants. Soon, Sesame Street characters will work to encourage healthy eating in the stores. But maybe the problem isn’t just in one place; maybe, in order to be successful, initiatives need to address all three of these areas at once. That’s what experts from the University of North Carolina at Chapel Hill are saying after a recent study on more than 3,000 U.S. children.

“Although fast foods are generally recognized as less healthful, our study found that foods consumed by U.S. children from grocery stores and schools were similar in empty calorie content to fast foods,” study author Jennifer M. Poti, a doctoral candidate in nutritional epidemiology at the university, told Reuters. 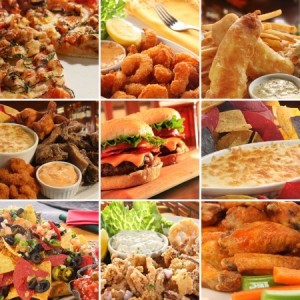 According to the 2010 Dietary Guidelines for Americans, children and adults should receive no more than 19 percent of their daily calories from “empty” calories. In other words, no more than 19 percent of all calories should come from added sugar or solid fats (fats that are solid at room temperature – aka meat fats, butter, hydrogenated oils, etc.). Some of these extra fats and sugars are incorporated directly into the foods served (especially packaged convenience foods and ‘junk’ foods), but sometimes these extra items are added at the table (i.e. butter, condiments, etc.). It doesn’t take much for these little ‘extras’ to add a lot of calories to one’s diet. Too many calories, especially from these types of foods, can lead to weight gain and obesity.

Surprisingly enough, researchers found that, at each location, about one-third of the children’s average calorie intake was from “empty calories.” All in all, 33 percent of food purchased from stores, 32 percent from school-bought foods and 35 percent of foods purchased from fast food restaurant were considered empty calories. Store-bought foods had more sugar and less fat, overall, while fast food tended to have more fat and less sugar. School food fell somewhere in between.

In all locations, sugary drinks and grain-based desserts like cakes and cookies were the biggest empty calorie source. Whole and two percent milk were also common items purchased from stores and at schools. Pizza was considered a major contributor to empty calorie daily totals in school and at restaurants.

But stores are far from innocent. In fact, the data, which was pulled from a 2010 nationwide survey on children between the ages of 2 and 18, found children actually got most of their daily fat from food stores (436 calories per day) because this was where the majority of their food was purchased from.

But it should also be noted that things have changed somewhat since the data was originally collected. In fact, efforts across the board have taken place, and that may impact the study’s information.

“The data analyzed in our study was collected before implementation of the new nutrition standards for the National School Lunch and Breakfast Programs, established by the Healthy, Hunger-Free Kids Act of 2010,” Poti said.

Because of that, this study may actually be a good comparison point for future studies, and to see if new and upcoming initiatives have made any progress.

“The new U.S. Department of Agriculture lunch rules that went into effect last year require only lower-fat milks, but those standards for vending machines and other venues also require lower-fat milks, but those standards have not yet gone into effect,” Lindsey Turner, a health psychologist and research scientist at the Institute for Health Research and Policy at the University of Illinois at Chicago, who was not involved in the study, told Reuters. “In our Bridging the Gap research studies of K-12 schools nationwide, we found that even just two years ago, many schools offered higher-fat milks at lunch.”