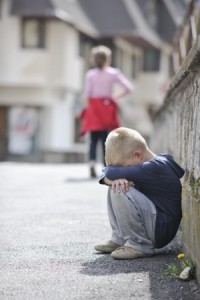 Most parents truly and genuinely want what is best for their child. This extends to parents who choose spanking as their method of discipline. They are not usually calloused or uncaring. They simply believe that spanking will grant them respect from their child, and that it will help stop undesirable behaviors. Unfortunately, decades worth of research say otherwise.

According to studies over the last several years, spanking is linked to both short and long term behavior problems in children. Aggression is often more prevalent among children that are spanked. The parent-child relationship is often damaged. And possibly worst of all, the child may not learn the reasoning skills to solve their own problems when corporal punishment is used.

But again, it is important to understand where parents that choose to spank are coming from. They are not usually mean or calloused parents. They have talked to friends and family. They may have even sought out experts that back their discipline method, or they have been bombarded by resources from friends and family. They truly believe they are doing the right thing by their child, and they have a lot invested in the discipline method they are using.

So how do we get the message out? How do we do so without being judgmental or critical (because, let’s face it, no one likes being judged or criticized). Is there a kind and considerate way to reach parents and change their mind about spanking and its so-called benefits?

Child psychologist George Holden, who favors ‘humane alternatives’ to corporal punishment, had these very same questions. He wondered if parents’ views might change if they were presented with the countless studies on the negative effects of spanking.

To test his theory, Holden and his co-authors sought out two groups of people who favored spanking as a discipline method – parents who already had children (263 participants) and non-parent college students (118 participants). Both groups were presented with information on the negative effects of spanking – half of each group receiving summaries and the other half doing web-based information on spanking research.

Results showed that the majority of non-parent participants changed their minds about spanking after looking at the research (74.6 percent). This applied whether they read the summaries or actively researched the information themselves. The parent group also had a dramatic shift in views, with 46.7 percent changing their attitudes towards corporal discipline.

“Parents spank with good intentions — they believe it will promote good behavior, and they don’t intend to harm the child. But research increasingly indicates that spanking is actually a harmful practice. These studies demonstrate that a brief exposure to research findings can reduce positive corporal punishment attitudes in parents and non-parents,” Holden, the lead author on the study and a professor in the SMU Department of Psychology, told Science Daily. “If we educate people about this issue of corporal punishment, these studies show that we can, in a very quick way, begin changing attitudes.”

Best of all, the contact with participants was brief. This lends to the idea that spanking, which is considered a public health problem, may become less prevalent with inexpensive and quick methods that can be used at a community level.