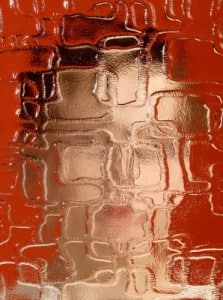 Face recognition, one of the many essential components to effective social communication, is an area in which many autistic individuals have deficits. Like autism itself, the deficit can range anywhere from mild to severe. Autistic individuals may be unable to distinguish the differences between faces of specific individuals, facial expressions, or both. The deficit makes it difficult for autistic individuals to pick up on social cues. They may even struggle with recognizing who they’re speaking with. This can cause frustration and confusion for the autistic individual as well as those trying to communicate with them. Neuroscientists at Georgetown University Medical Center (GUMC) have now discovered a specific set of neurons that may explain why, exactly, some people with autism struggle in this area.

“When your brain is processing faces, you want neurons to respond selectively so that each is picking up a different aspect of individual faces. The neurons need to be finely tuned to understand what is dissimilar from one face to another,” senior investigator of the study, Maximilian Reisenhuber, PhD, an associate professor of neuroscience at GUMC, told Science Daily. “What we found in our 15 adult participants with autism is that, in those with more severe behavioral deficits, the neurons are more broadly tuned, so that one face looks more like another, as compared with the fine tuning seen in the FFA of typical adults.”

Equally interesting is the fact that the study also found that behavioral deficits were higher in those that struggled with face recognition. Reisenhuber says it makes perfect sense because the two tend to go hand-in-hand.

“We found evidence that reduced selectivity in FFA neurons corresponded to greater behavioral deficits in everyday face recognition in our participants,” Reisenhuber said. “This makes sense. If your neurons cannot tell different faces apart, it makes it more difficult to tell who is talking to you or to understand the facial expressions that are conveyed, which limits social interaction.”

Yet, the study also found that face recognition deficits are not alike in all autistic individuals. Some struggle with it more than others. And still others don’t seem to have any difficulty with it at all.

“But for those that do have this challenge, it can have substantial ramifications – some researchers believe in face processing are at the root of social dysfunction in autism,” Reisenhuber added.

Probably just as interesting as the study conclusion itself is the method by which researchers came to the conclusion. While previous techniques used to study this section of the brain have been able to tell which parts of the brain are active, they have been inadequate at measuring neuronal activity output. Reisenhuber and colleagues, which included study lead author, neuroscientist Xiong Jiang, PhD, developed a novel brain imaging analysis technique, now named local regional heterogeneity, that has helped them estimate neuronal selectivity.

“Local regional heterogeneity, or Hcorr, as we called it, is based on the idea that neurons have similar selectivities will, on average, show similar responses, whereas neurons that like different stimuli will respond differently,” Jiang told Science Daily. “This means that individuals with face processing deficits should show more homogenous activity in their FFA than individuals with more typical recognition abilities.”

And this is exactly what they found after testing 15 adults with autism and 15 without. Autistic individuals also underwent a standard assessment of social/behavioral functioning. Researchers found that each autistic’s individual’s behavioral ability to distinguish the differences in faces was highly linked to levels of tuning specificity in the right FFA, as estimated with Hcorr. Another advanced imaging technique, fMRI rapid adaptation, was used to confirm these results. However, Hcorr is claimed by the authors to be a better testing method, overall.

“Compared to the more well-established fMRI-rapid adaptation technique, Hcoor has several significant advantages,” Jiang said. “Hcorr is more sensitive and can estimate neuronal selectivity as well as fMRI rapid adaptation, but with much shorter scans, and Hcorr can even estimate neuronal selectivity using data from resting state scans, thus making the technique suitable even for individuals that cannot perform complicated tasks in the scanner, such as low-functioning autistic adults or young children.”

And with this new technique, Riesenhuber hopes that better, more targeted interventions can be made for autistic individuals – interventions that may even be able to help adults. After the study was completed, the authors successfully attempted to improve the facial recognition skills in one autistic participant. Throughout the experiment, the individual was shown pairs of faces that were very dissimilar at first, but then became increasingly similar. They found that the FFA tuning improved, as did the behavioral ability to tell the faces apart.

“This suggests high-level brain areas may still be somewhat plastic in adulthood,” Riesenhuber said. “Our study identifies a clear target for intervention.”