Home » Family Day! Liev & Naomi Play At The Beach With Their Boys

Naomi Watts and Liev Schreiber enjoyed a day of fun in the sun over the weekend with their boys Sammy and Sasha at the beach in Australia. 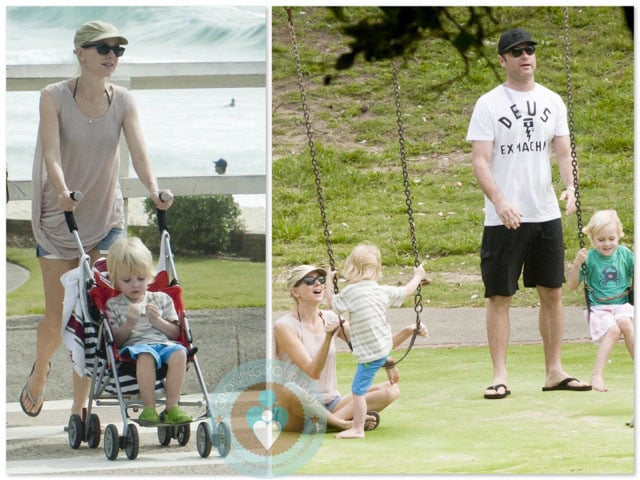 The couple started off their relaxing day at Bronte beach playing in the rocks and then headed to a nearby park.

It appears the family will be enjoying Australia’s beautiful Summer for a little longer. The Daily Telegraph reports that Naomi is due to begin filming The Grandmothers in Sydney with Forrest Gump’s Robin Wright next month.

The actress recently told the Mirror she and Liev plan everything around their children.

“No matter what, mothers will always punish themselves if they work,” she said. “Liev and I try to take turns (to make films) and it’s worked so far.”We’ve probably only overlapped by a couple of weeks once or twice which is very fortunate because our family is the most important thing,” she said.