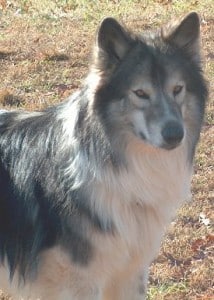 A newborn baby that had just come home suffered cuts and puncture wounds yesterday after a family dog snatched it from a crib and apparently took it into the woods.

Officials did not release the name of the infant or his parents, but said the 3-day-old boy was in intensive care at University of Kentucky Hospital.

The infant, who was taken home Sunday, was in a crib when a Native American Indian dog took the baby into its mouth “like a toy or a small pup,” Deputy Sheriff Anthony Purcell said.

The father saw the dog in the yard with the baby, but the dog ran into some woods. It later came out of the woods with nothing in its mouth. Hearing the infant crying, the father found the baby about 150 yards into the woods, with cuts and puncture wounds to his torso and face.

“The dog had a history of grabbing things off counters and hiding things,” Mr. Purcell said. The dog was slightly larger than a collie.

Animal Control took the dog but it has not been destroyed. The family has two Native American Indian dogs and a Labrador.

The Native American Indian Dog’s intelligence level is extremely high. Highly trainable and eager to please their human companions. They are loyal and protective of their families. Socialize well to avoid them being shy with strangers, but are totally dedicated to their human owners. Native American Indian Dog’s are sensitive animals that do well with firm authority, but not harshness. They are very good with children and other animals, including other dogs, household pets as well as livestock.