In Spokane, Washington, a man is facing charges after abandoning his two-year-old son inside a freezing car for hours. The child is safe, but that might not have been the case, had it not been for the cashier working at a South Hill gas station. 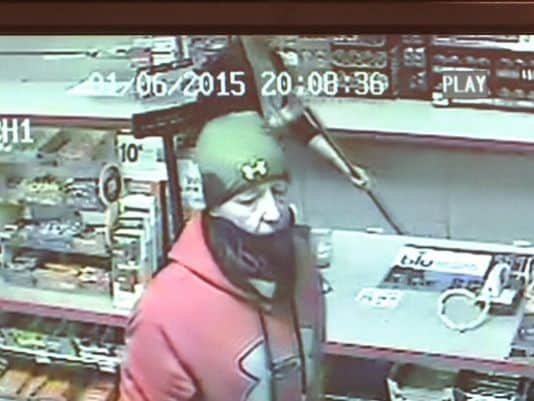 According to police, Charles Fife walked into the 29th and Grand gas station on Tuesday, telling the cashier that he needed help finding his car and his child inside. The clerk offered to call the police, but the man said he didn’t want her to call 911.

“It angered her very much. It was the maddest she’s been at somebody in a long time,” Erick Athos, the manager of the gas station, told 10 News.

When that same clerk confronted Fife, asking him why he didn’t want to call the police, he told her: “I just don’t want to talk to the cops. My son is tough. He can handle it.”

Surveillance cameras show Fife walking in and out of the store for a good thirty minutes, spending time by the cash register and over by a set of chairs and tables. And all the while, he was claiming to be searching for his son. Eventually, the cashier called the police, despite Fife’s request not to.

Police ended up finding the child inside a car parked in a neighborhood near Comstock Park, about a mile away from the gas station. Officers estimated that the child had been left inside that car with near freezing temperatures outside for around five hours.

“The conditions were deplorable,” Spokane Police Officer, Teresa Fuller, told 10 News. “He was wearing a t-shirt, wearing pants, no socks, no coat, no hat, no mittens, no nothing. When Officer Van Tassel picked him up and held him to him, his urine soaked diaper soaked all the way through Officer Van Tassel’s uniform.”

Officers said the child may have passed out while left inside that car, and that he could have developed frostbite.

“His feet were very cold,” Officer Fuller said. “He was saying, ‘ow’ when the nursers were tending to him and pointing to his feet.”

Fuller will be facing felony charges of abandoning a child; if sentenced, it will make Fuller’s 13th felony conviction.