After struggling for years to start a family, Carlos Morales and his wife, Erica, were finally going to be parents. On January 16th, Erica delivered four healthy babies. Carlos said it was the best day of his life. But shortly after, tragedy struck, and the dream turned into a nightmare.

Now Carlos is raising all four babies on his own. 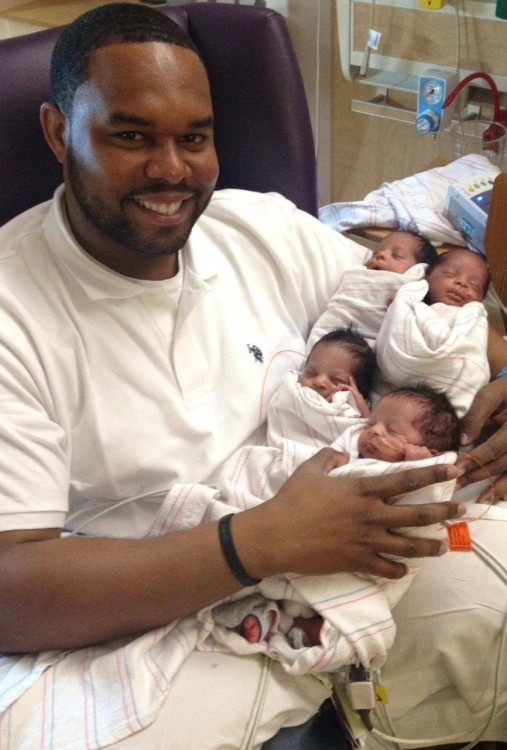 It had all started with the excitement of a pregnancy, one that came after many failed attempts. When the couple learned that they were having four babies, Carlos was shocked, but then excited.

The pregnancy had gone perfectly, with no potential issues, despite the fact that she was carrying four babies.

“She was doing so well, so nice. Like, in 29 weeks, I had to tell her, ‘You are one of the best examples that when people be having quads to be like. All the babies are healthy,’” Carlos said.

And everything went well through the delivery.

“Around five-thirty, we went to a delivery room, and then they started taking the babies out,” he said. “They all came out. They all were good. The doctors said she did fantastic. She’s going to be on the second floor, and if you like, you can go with the babies to the third floor, in the NICU area.”

So Carlos went back and forth between the neonatal intensive care unit and the maternity ward most of the night, trying to spend time with both his wife and his four newborns. But about midnight, he’d gotten tired and decided to stay by Erica’s side.

Shortly after that, Carlos lost the love of his life.

Erica went into hypovolemic shock, an emergency condition involving massive blood loss. She passed away from the condition at 1:20 the morning after she delivered.

“Around one o’ clock, all those machines . . . just started going off,” Carlos said. “And then the nurses started coming in. Then probably around ten, fifteen people started coming into the room. That’s when they decide to take me out of the room.”

Doctors asked Carlos to gather family. Little did he know, he was about to receive the most devastating news of his life.

But it did happen.

And Carlos had, in an instant, become a single father to four newborn babies.

“Sometimes, we want an answer why this happened to me,” he said. “That’s the question that [I’m] asking to this day.”

But those four babies, they are reminding Carlos that he still has a reason to move forward, to keep living.

“Carlos, you know everything happen for a reason . . . You have to stay strong, and be strong for the babies. They going to need you. They’re counting on you to be there for them,” he said. “These babies don’t know yet what blessings they have given me. They have given me four reason to live.”

And he has been there, every step of the way, caring for them, loving them, doing the very best he can for each and every one of them.

First it was visiting two in the hospital while caring for the other two at home. Now, all four babies are home, with him, and Carlos says he couldn’t be happier to have them all under one roof.

“It feels really good to have all four,” he said.

But at least he isn’t doing it completely alone.

Erica’s mother, Sondra Bridges, has moved in and is helping to take care of Tracy, Paisley, Erica, and Carlos Jr. And the family has received an outpouring of support from the online community in both well wishes and more than $350,000 to help raise the quads.

“Were just doing our best,” Carlos told Today. “I’m feeling really, really grateful for everybody that just came together and helped us.” 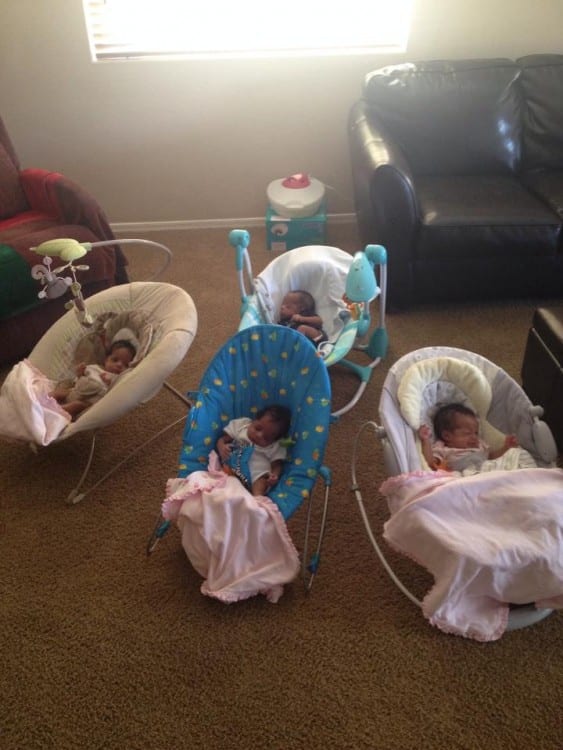 “It’s funny how things turn out. Bittersweet, but at the same time, thanks to God, and the outpouring support of the public, it’s been phenomenal,” Sondra told Today. “And I’d like to say thank you to each and every one of you. All the support we’ve gotten from you, we appreciate it.