While there’s nothing wrong with being a teacher, a nurse, or a stay-at-home mother, we parents want to be sure we’re giving our children the best opportunities in life. For some girls, that means being a doctor, a lawyer, a politician, or the CEO of a high-powered company. The gateway to seeing our daughters set those goals may rest in the hands of their fathers, a recent study says. 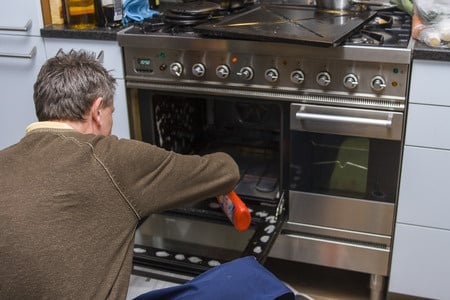 “Despite our best efforts to create workplace equality, women remain severely under-represented in leadership and management positions,” Alyssa Croft, a PhD Candidate in the University of British Columbia’s Department of Psychology. “This study is important because it suggests that achieving gender equality at home may be one way to inspire young women to set their sights on careers from which they have been traditionally been excluded.”

The study, which included 326 children between the ages of 7 and 13 and at least one of their parents, looked at how parents doled out chores around the house, as well as how much they worked outside the home. Researchers then asked the children how they identified with gender roles and work attitudes, and inquired about their career aspirations.

As indicated in previous studies, mothers tended to shoulder most of the household chores and child care. In those homes where this took place, parents and children were more apt to associate women with domestic work. Girls from these families were also significantly more likely to want to be like adults that care for children than those that pursued careers. This was true, even if fathers audibly spoke about gender equality.

“Talking the talk about equality is important, but our findings suggest that it is crucial that dads walk the walk as well – because their daughters clearly are watching,” Croft said, noting that girls may be learning from a very early age to take on additional roles, rather than different roles (motherhood and a career).

However, homes in which the fathers and mothers distributed household work more evenly, the daughters were significantly more likely to have higher career aspirations. This suggests that, while moms do play a part in the gender equality beliefs of their daughters, fathers have a much stronger influence.

“This suggests girls grow up with broader career goals in households where domestic duties are shared more equitably by parents,” Croft said. “How fathers treat their domestic duties appears to play a unique gatekeeper role.”

A study very similar to this one, conducted last year, came up with similar findings. This only further solidifies the importance of gender equality in the workplace AND at home.