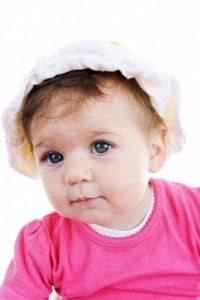 Since 2005, the Menactra vaccine has been used to help prevent meningitis, an illness caused by the meningococcus bacteria. There was one major problem with this vaccine, however. It was only available for individuals between two and fifty-five years of age. Unfortunately, infants and very young children are more at risk of contracting this disease than other people.

According to Karen Midthun of the FDA,

The highest rate of meningococcal disease occurs in children under one year of age.

Meningitis can be a very debilitating illness, especially for young children. It will often progress very quickly, and it can possibly be fatal within hours. Additionally, almost a quarter of those who survive will be left with some type of disability, including hearing loss or brain damage.

Parent who are worried about their young child contracting this disease, however, can now breath a little easier.

Ahead of National Infant Immunization Week, the FDA announced that Menactra is now safe for use on younger children and infants. They report that an infant can now safely be vaccinated against this disease at as young as nine months of age. As with the original vaccine, this first dose should be followed by a second, roughly three months later.

These two doses together will then help the body form antibodies, which can help a person’s body fight the illness.