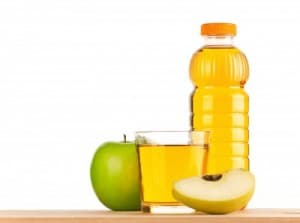 Arsenic can be found everywhere – from the air we breathe to the water we drink and the foods we eat. Don’t let that statement alarm you too much; much of the arsenic found in our food and water and air is organic, or essentially harmless. Inorganic arsenic, however, is a little less benign. But we didn’t always look at it that way.

Years ago, arsenic wasn’t a big concern. In fact, most crops were treated with pesticides containing arsenic at one point. Then research managed to link things like lung, bladder and liver cancer to increased inorganic arsenic exposure. Over time, policies were made, and by the 1980’s, arsenic was banned for use in the United States. But even so, the damage was done. And a type of arsenic is still used today. Additionally, not all countries have the same arsenic laws in place. For all these reasons, testing is done, regularly, on all foods and drinks sold the public.

Over the years, several food and drink products have been found to have high levels in arsenic. In 2011, the big concern was apple juice after the FDA performed arsenic level testing on 94 different samples of apple juice.

While only 5% of all of the apple juice samples tested above the 10ppb “acceptable” total arsenic level imposed by the Environmental Protection Agency (EPA) for drinking water, and none of the juices tested above the 10ppb for inorganic arsenic, the announcement shocked and scared parents all over the country. It wasn’t just about the fact that everyone was shocked to learn that arsenic existed in our food, it was also because of where it was found – in a product that is given, in some homes, to children on a daily basis.

After the announcement, some parents dumped all the apple juice in their homes and refrained from purchasing any more. Online, parents discussed their concerns openly. The action and chatter, along with the consideration that arsenic exposure in apple juice carries a higher risk for children since they consume more apple juice (and therefore more arsenic) in respect to their body weight and lifetimes, may be responsible for the FDA’s move to take action.

If successful, the very same limit imposed by the EPA on water will also exist for apple juice. However, it appears that the “action” will be very minimal, considering the fact that 100% of all the juices tested below the acceptable 10ppb for inorganic arsenic.

But the overall message is that we can and are heard. And, in this case, the FDA is saying that it’s better to be safe than sorry (or better to pacify concerned parents than ignore us).  And, if at any time that limit is violated, action will be taken if the FDA is successful in imposing the limit.

“The FDA is committed to ensuring the safety of the American food supply and to doing what is necessary to protect public health,” Margaret Hamburg, managing director of the FDA told Medical News Today. “We have been studying this issue comprehensively, and based on the agency’s data and analytical work, the FDA is confident in the overall safety of apple juice for children and adults.”

“While the levels of arsenic in apple juice are very low, the FDA is proposing an action level to help prevent public exposure to the occasional lots of apple juice with arsenic levels above those permitted in drinking water,” Michael Taylor, the FDA’s deputy commissioner for foods and veterinary medicine told Medical News Today.

Even if parents aren’t the sole reason for the proposed limit, it feels good to know that we do still have the power to change policy. And that’s something that we can all celebrate because, with each step closer we come to making changes like this one, the safer and healthier we make the planet and the future of our children.