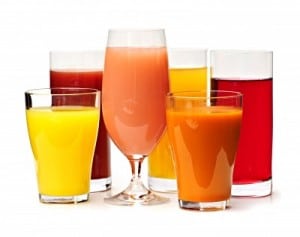 A 2007 British study found relation between hyperactivity in kids and the artificial dyes like quinoline yellow and ponceau 4R commonly used in food products. To determine the facts, the FDA has decided to re-examine the approved food dyes and make sure that they are safe.

The study conducted by UK’s Food Standards Agency, in 2007 surveyed children aged 3, 8 and 9. They were asked to drink three different kinds of food drinks, two of which contained artificial dyes. When later observed by their parents and teachers, it was found that the kids aged 8 and 9 showed hyperactivity symptoms even when they were not previously diagnosed with any hyperactivity disorder. The pronounced activity was observed in children who drank the drinks with artificial dyes in them.

Although the results showed a link between the dyes and the hyperactivity, some experts still negate the idea and feel there are other things too that may have to be considered to arrive at a definite result.

According to Keith Ayoob, director of the nutrition clinic at the Rose F. Kennedy Children’s Evaluation and Rehabilitation Center at Albert Einstein College of Medicine, “At first glance, a study may appear to show an association, but when you consider other important factors that could be responsible for the results, such as gender, maternal education level, pretrial diet and other factors, it becomes impossible to affirm that the change in behavior was due to food colors,”

Even European researchers who reviewed the study found no clear link between hyperactivity and the presence of artificial food colors.

Still there are other experts, who think that food dyes are not as safe for consumption as previously thought.

Michael Jacobson, head Center for Science in the Public Interest (CSPI), who petitioned the FDA to convene a panel on food dyes in 2008 says, “”There is convincing evidence that food dyes impair the behavior of some children.”

Taking no chances the European parliament has asked food products that contain the six researched dyes to carry warning labels stating, “may have an adverse effect on activity and attention in children,” but they are allowing the use of other artificial dyes.

What the CSPI also points out that the doubt over the safety of the artificial dyes is not new. There was in fact a dye most notably Red No. 3, which was banned in cosmetics, medicines and other products by the FDA in 1990 because it was linked with cancer in mice but is still used in food. There have been definitely cases of dyes that were thought to be safe but later found to be harmful.

In 1970 a pediatrician named Ben Feingold was the first to question the safety of the additives. In 1977, Ralph Nader’s Public Health Research Group also petitioned the FDA to ban certain color additives.

The present re-examination therefore is a crucial one, considering it is finally the children’s safety at stake.

The two day meeting will begin on March 30th with prominent food scientists, toxicologists, epidemiologists and environmental health specialists part of the committee. They will review various researches and studies, speak to experts, hear testimony from industry and consumer advocates and arrive at a result.

For parents however it is best to be prudent when choosing food products especially for children. Natural additives and dyes are, any day, a better choice with least doubt about the safety of their usage and consumption. – Atula, Staff Writer