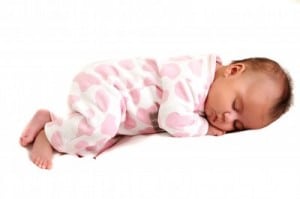 As a new parent there is nothing more important than your baby’s safety. When my first son came home I wanted to sit over him 24/7 to make sure he was ok. We had a monitor but at that time video monitors weren’t very good and fairly expensive. When my second son came along we had a video monitor, but the technology was still pretty new so I found it inconvenient because the screen had to be moved and re-plugged in if I was in a different part of the house. In the last year technology has grown leaps and bounds, with more portability, better visibility and reduced prices.

For what you would previously  paid for a full featured audio monitor, you can now get a video monitor. I know given the choice, parents would chose to be able to see what their babies are doing as opposed to only being able to hear. 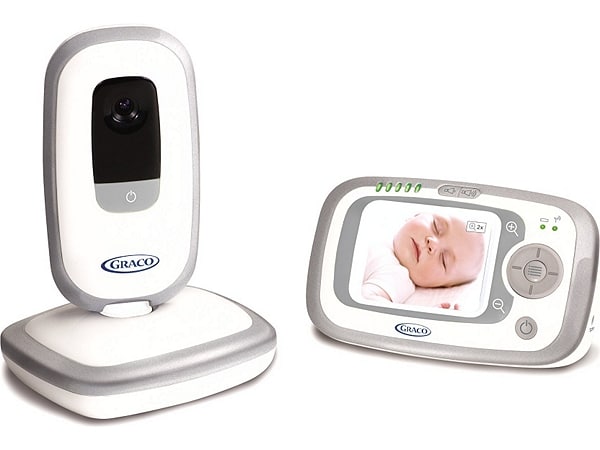 Introduced a couple weeks ago, Graco’s True Focus video monitor is a compact unit that offers parents the piece of mind they are looking for.

Out of the box all I needed to do to get going was plug in the included re-chargable battery pack into the parent unit and plug the camera in.  Instantly my son’s room came across the monitor and I could see everything.

The parent unit on the True Focus Digital Baby Monitor offers mom and dad some great features.  It has a nice 2.4″ color video screen, which provides a clear view of your little one. To improve your visibility Graco has added a zoom button(with side to side navigation) and a vibrate option that ‘allows you to feel your baby’s call when you can’t hear it’. 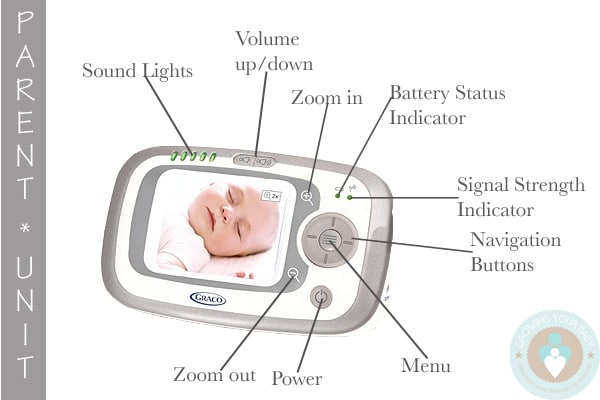 Re-chargeable batteries are a must plus they allow parents to be able to roam – up to 1000ft.  It close to 4 hours for the batteries to fully charge and they last for about 8 hours of monitoring time.  I recommend plugging the parent unit in at night as it beeps when the batteries are low, which will wake you up.

One of the issues I had with my previous video monitor was that I needed 2 parent units; one for the kitchen and one for my room, but that option wasn’t available. It drove me crazy having to cart it all over the house every time I put my son down for a nap. Because the parent unit on the True Focus Digital Baby Monitor is cord-free, it can be moved all over the house easily and can also attach to your belt if you need to go outside during naptime.

Even though my boys don’t need to be monitored during naptime, I do still like to keep an eye on them during playtime when I’m running around cleaning the house.  I have the Graco True Focus Baby Monitor set up in the basement so I can see what they are up to and it is perfect – even three floors up. 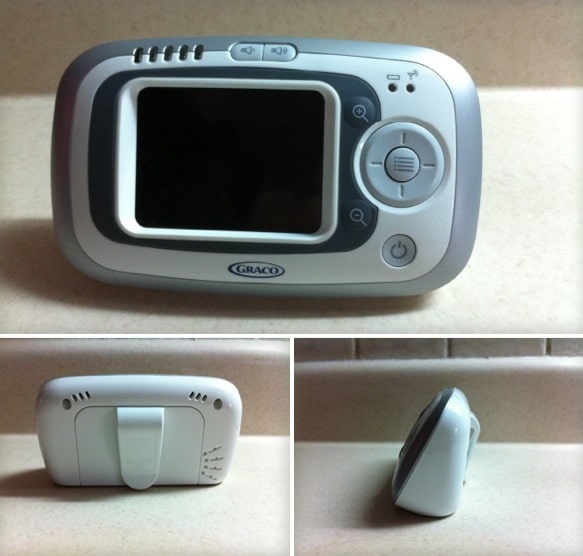 To give it a ‘nightview‘ the True Focus Digital Baby Monitor has a ring of red LEDs, which don’t disrupt a child’s sleep and also keep the room dark for sleeping.  In complete darkness I can still see what is happening when my guys are sleeping.  They like to sleep together and move around a lot in the middle of the night, so I can keep tabs on both of them at the same time from my bedside.

To test the range of the monitor I ventured around our neighbourhood and was impressed that I was able to travel down 10 houses and still had reception! While I would never go that far without the boys, it is nice to know that we could have a night out with the neighbours and still watch our kids if they were being babysat.

I really like this monitor. It is compact, sleek and reasonably priced. Being able to carry it with you eliminates the need for more than one unit and gives your more freedom at naptime.  Sound can be deceiving so it is also nice to be able to see your baby and know exactly what they are doing before running into their room.

The only thing I would change would be to add a talk back feature so parents can soothe a little one from another part of the house when they can’t get there right away.

If you have never used a video monitor I warn you it’s addicting. Thankfully, this set is very compact and will travel easily if you want to use it while at the cottage, at a grandparents house or while on vacation.