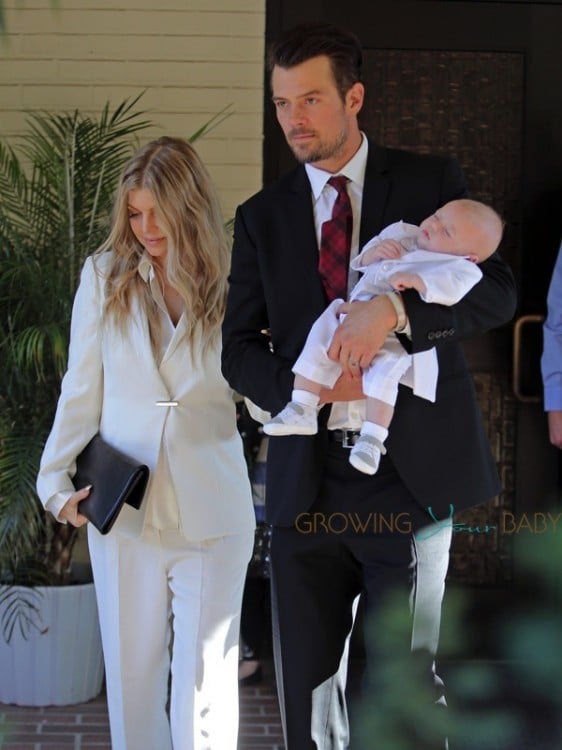 As always, the coupled arrived in style! Mommy matched baby Axl, dressing in a chic, all-white pantsuit. She paired the elegant ensemble with a black leather clutch handbag and black shades, opting to wear her pretty blonde waves down. Josh looked just as classy in a suit and tie, kindly carrying Fergie’s handbag and Axl’s bottle while mommy carried baby inside. Along with his sharp suit, Josh sported a beard and had his hair slicked back slightly for the occasion.

Daddy had his turn carrying Axl later as the family left the reception, giving us a glimpse of baby’s peaceful face as he rested in daddy’s arms. 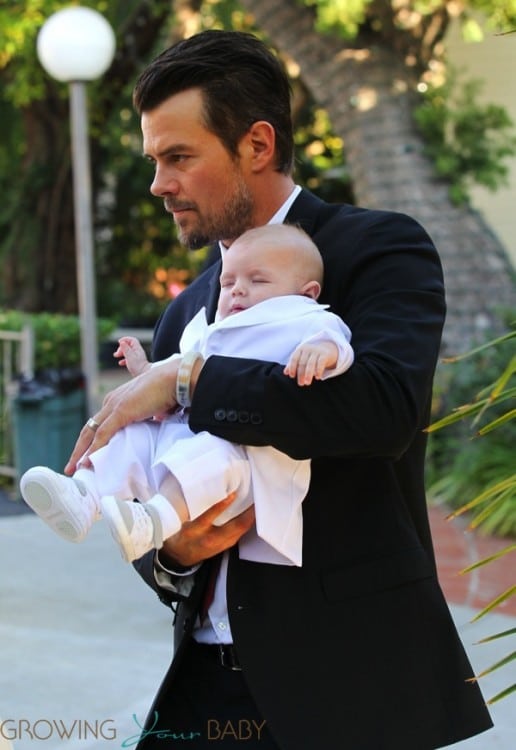 The three-month-old cutie pie donned a pair of tiny white sneakers that matched his all-white outfit and was taken home afterward by his parents, where a small party was thrown to celebrate the special event.

Josh has been one proud papa since the arrival of his son, recently tweeting, “Finally a paparazzi photo I like!” with a picture of him holding his tiny angel close as he rested his face against his cheek. We can only imagine how special Axl’s baptism celebration was to him. This might not be the last baptism for the family, though! Josh hinted at having another child just last month, in October 2013. When Access Hollywood asked him about a possible baby number two, he said, “Of course! Yeah, we’ve gotta move fast.” He also spoke about parenthood saying, “It’s the best thing that’s ever happened to me. It’s fantastic.”