Home » Fergie and Josh Duhamel Take Axl To The Zoo!

It was a family day out for Fergie and Josh Duhamel on Saturday(June 28th) as they took their son Axl to the Los Angeles Zoo. 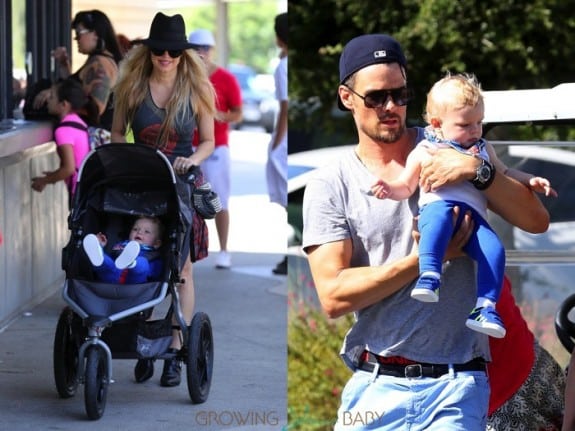 The happy family was photographed taking the tram together before strolling through the park. Axl rode in a BOB Revolution stroller for part of the trip and was carried by his dad for the rest.

All smiles, the toddler was cute in blue trackpants, a white tank, superman bandana and matching trainers.  Fergie showed off her rocker style in cutoffs, a black studded tank and matching leather fanny pack. 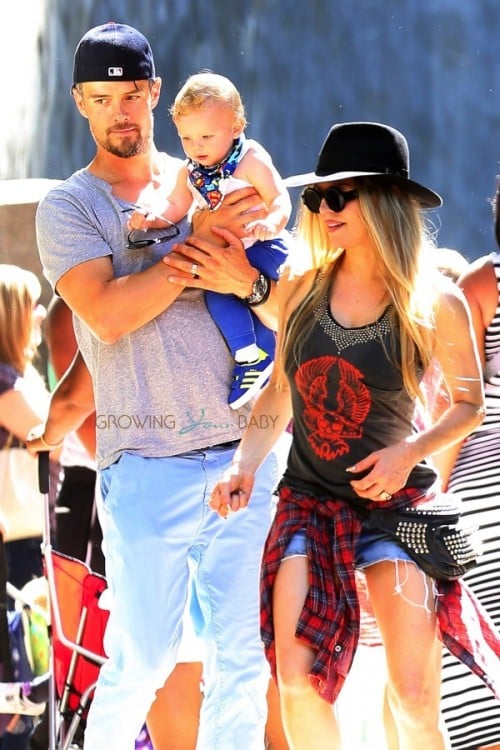 More used to a dressed down mama, Fergie recently told People.com that Axl thinks it’s a game when she’s all glammed up.

“I’m more of a just mascara girl now, but it’s fun to do lashes when I go out,” she says. “When I do, it’s funny because Axl thinks it’s hilarious. He looks at my face and he starts grabbing because he thinks I’m playing a game with him, like ‘What’s on my face?’ When I do my cucumber patches on my face, he thinks that’s really funny too. He thinks that I’m putting it on for him and it’s a game, like putting on a hat … The lashes thing is the tricky one because he just wants to touch. ‘Don’t!’”