When you’re sick, all you want is to feel better. What do you reach for? Most generally, it’s going to be a medication with a fever reducer in it because these medications can help with the aches and pains. Unfortunately, we may be spreading the flu and creating more illness by taking these commonly used over-the-counter medications, researchers from Canada say. 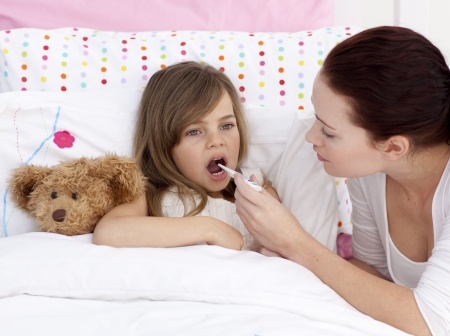 Whether we know it or not, fevers are designed to help fight off bacterial and viral infections. But fevers have another purpose – they keep viruses and bacteria from multiplying. Now, emerging evidence suggests that taking medications like acetaminophen and ibuprofen actually causes us to give off more virus or bacteria when we cough or sneeze than if we’d let the fever run its course.

Experiments on ferrets (considered the optimal animal model for the human flu virus) found that nasal secretions of flu-infected ferrets increased if they were given fever reducers. In fact, viral shedding (the amount of virus given off when coughing or sneezing) could be increased by as much as 80 percent. What’s more, their viral loads decreased at a slower rate than those that were not given over-the-counter fever medicines.

Other studies have found that fever reduction increases the viral shedding in human volunteers with rhinovirus (the virus responsible for most human colds), and it keeps children with the chickenpox virus contagious, longer.

“The same is probably true for any viral respiratory infection, but we were particularly concerned about influenza, because people die of influenza,” lead author David Earn, an investigator with the Michael G. DeGroote Institute for Infectious Disease Research, and professor of mathematics at McMaster, told Canada.com.

Fever reducers also give you the false sense of ‘feeling better,’ which could increase the chances of someone going out into the community, despite still being sick. This can further increase the number of bacteria or viruses spread by antipyretics (fever reducing medications), and for those in the community that have weak or compromised immune systems, this could prove to be a fatal decision. In fact, the researchers found that Americans could prevent “at least 700 deaths per year (and many more serious illnesses” by not taking antipyretic medications while fighting the flu virus.

However, the researchers aren’t really saying that you shouldn’t take fever reducers. In the end, only you can really decide what’s best for you or your child. But there are some things to keep in mind if you do decide to take over-the-counter antipyretics.

“We’re not saying don’t take the medication. That’s something people need to decide for themselves when they’re sick and hopefully in consultation with physicians,” Earn said. “[But] if you decide to take these drugs to make yourself feel better, then consider still staying home, or keeping your kids at home, and not letting them go out into the community [until they’ve cleared the infection].”