When FDNY Lieutenant Adam Vilagos arrived on scene of a burning home in Queens on Tuesday night, family members were yelling that a baby was trapped upstairs. 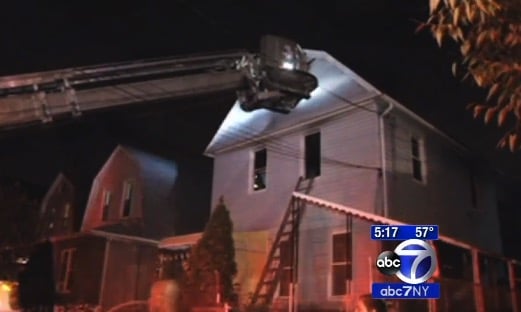 Without hesitation, the firefighter ran up to the attic, where he felt his way around before bumping into the baby’s crib.

“I got up to the top, did a search, and happened to find the baby in a crib,” he said. “I wound up actually bumping into the crib, and I heard very faint noises. The baby was making faint noises, and I reach in, I felt the baby, and I just grabbed him and took off.”

Vilagros scooped up the baby, who is just three weeks old, and ran him downstairs to safety. 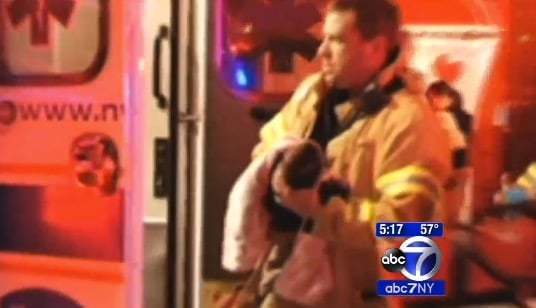 The baby, Sunjay Headley, Jr., is said to be in stable condition at Cornell Medical Center.

“When he came out with the baby, I was so happy because I couldn’t get to him,” fire victim Therin Pressley told ABCNY. “I didn’t have the equipment to get to him. It was too much smoke. I was inhaling smoke and I was on fire.”

Thankfully four other children, who were in the house got out safely, and crews were able to get the fire under control quickly.

“Thank you so much for saving my nephew’s life,” aunt Anita Brown said. “Thank you for coming very fast. Thank you to the Red Cross, but just, thank you…Sanjay is fine. He’s doing okay. Right now, they just want to get him to eat. You know, the mom, she’s doing all right. My sister is right beside her baby, and they’re doing fine.”

The 42-year-old here is a part of Engine 316 in East Elmhurst, the same firehouse as his father and grandfather. He is an 18 year veteran and served on September 11th.

“I don’t know if hero is the right word, just that’s what we do,” he said. “It’s what we are trained to do, and glad that it worked out.” 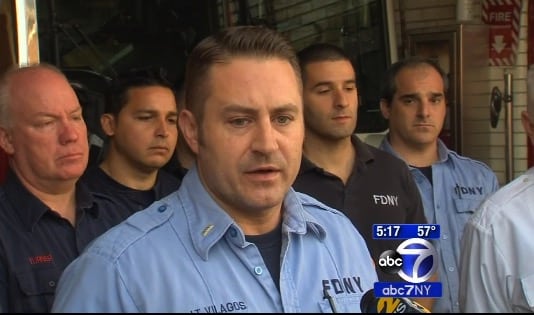