Proud Mama Halle Berry was all smiles earlier this week as she showed off her son Maceo Robert Martinez on the LA set of her new CBS’ Series ‘Extant’.

While the actress filmed scenes, the 4-month-old kicked back in his 4Moms Origami stroller surrounded by crew, and a caregiver. 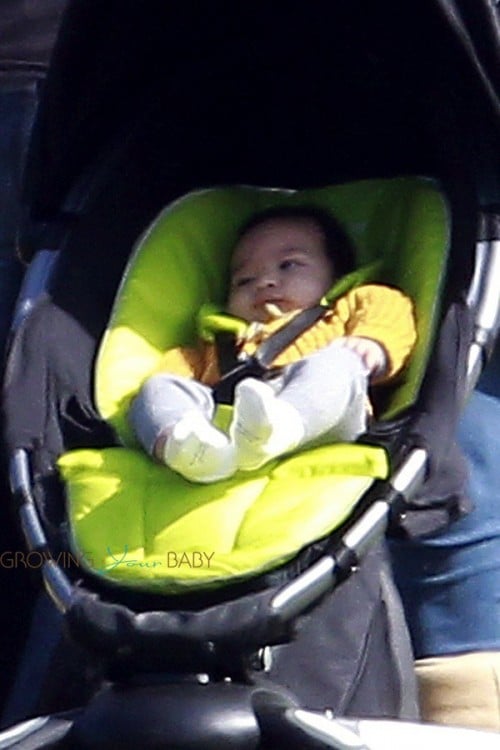 This is the first time we have gotten a peek at the little guy since his arrival in October.  Halle has shyed away from the spotlight in recent months as she gets used to be the mom of two.

Her new series is, however, expected to be a hit. Many were surprised when CBS signed a 13-episode straight to series order for the sci-fi drama to air next summer.

The show’s executive producer Steven Spielberg told deadline.com he is thrilled to have the Oscar winning actress as part of the cast.

“There’s only one Halle Berry and we are incredibly honored that she has chosen Extant to expand her illustrious career,” Spielberg said. “As she does with everything she touches, she will bring a deep authenticity to her role and I very much look forward to working with her.”