Tonight the palace released two photographs of Princess Charlotte and Prince Louis that were taken by The Duchess of Cambridge at Kensington Palace.

Louis arrived just after 11am on April 23 weighing a healthy 8lbs 7ozs.  The picture him below was taken on April 26th. 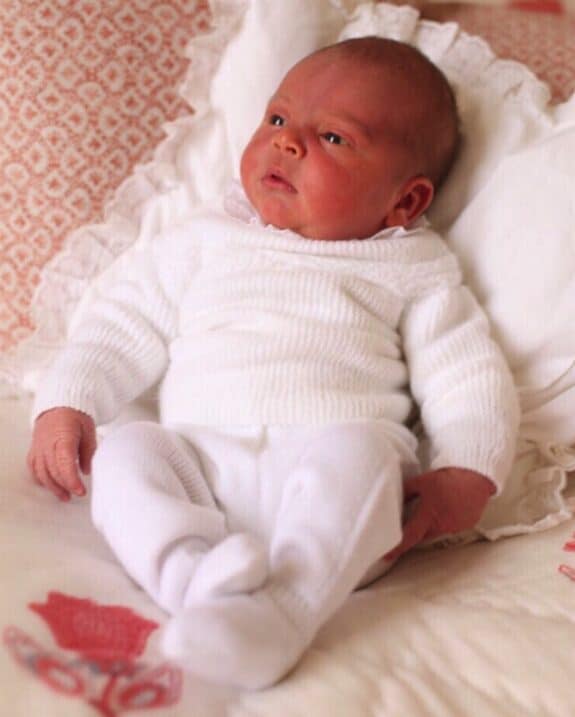 Princess Charlotte celebrated her third birthday on May 2nd.  She is photographed in the second image cradling and kissing her little brother.  Louis is wearing a different outfit so it’s possible the images were taken on different dates. 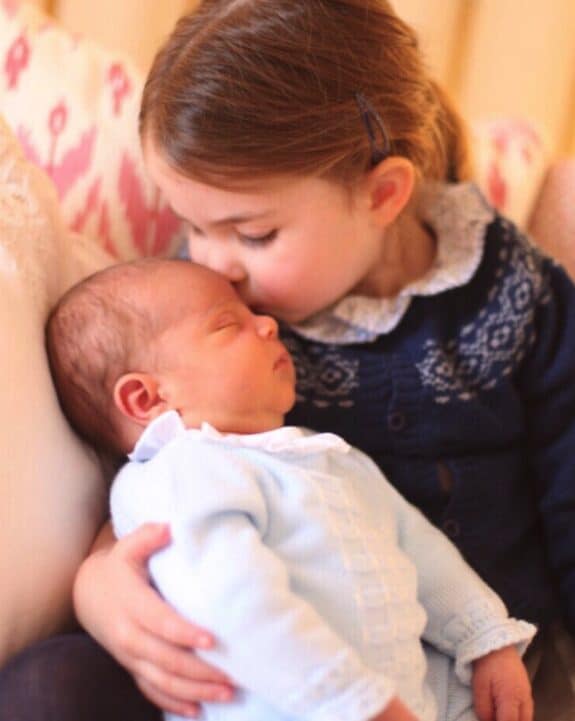 The image is very much like the one Kate took of her oldest son George with Charlotte just after she was born.   The outfit is also similar and could be the same as Kate is known for recycling clothing. 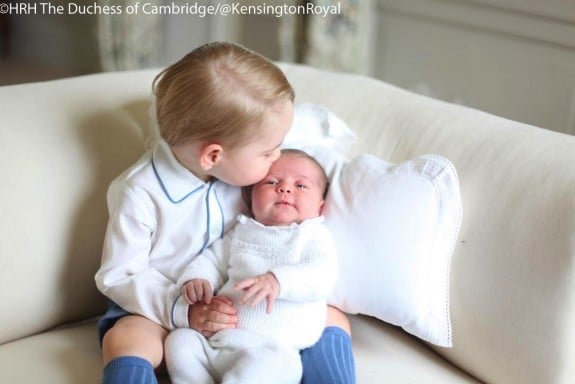 ‘The Duke and Duchess would like to thank members of the public for their kind messages following the birth of Prince Louis, and for Princess Charlotte’s third birthday.’