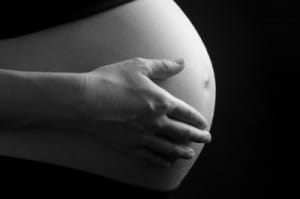 For many modern women the idea of freezing their eggs in their 20s and having a baby in their 50s is not new. But while the chances of the eggs surviving using normal freezing techniques are 65 percent, it rises to 95 percent using the new flash freezing technique.

The possibility of a woman becoming a mother at 50 has become more realistic and achievable through a technique where the eggs are frozen in less than 60 seconds and later thawed to be fertilized and placed into the womb.

The successful birth of the UK’s first baby Olivia Bates born out of flash frozen eggs only makes the thought worthwhile.

Olivia’s mother Karen and her husband Carl were trying for a baby since 2002 but Karen was diagnosed with endometriosis and doctors warned she might not be able to conceive. The couple though started IVF treatment in 2009 from which Karen managed to produce 17 eggs but the treatment was not successful.

They again tried for IVF in the same year and agreed to use the relatively new technique to flash freeze eight of Karen’s eggs.

For flash freezing the eggs are placed in a film like leaf within a tiny droplet of a solution and then passed through liquid nitrogen. The gas freezes the droplet with the egg preserved within it.  The whole process takes less than 60 seconds and the egg is then immediately stored in liquid nitrogen for future use.

Gillian Lockwood, of Midland Fertility Services, who carried out the treatment, said, ‘Her birth gives hope to the many young women who want to preserve their fertility before they have life-saving cancer treatment – and also to those women who know that they want to be mothers one day, but can’t try for a baby now.

‘Because so many more eggs survive this thawing process, it means that women can have just one cycle of treatment and get enough eggs to freeze, instead of having to have several treatment cycles. It means that many more women will be able to have this opportunity, which will change the course of fertility treatment in the UK and the way that women look at their lives.’

It is a known fact that some women in their 30s have very little time left to plan pregnancies before the quality of their eggs start to deteriorate. But the flash freezing technique gives them a ray of hope.

‘Vitrification will be as influential for women as the contraceptive pill. They will no longer have to worry about the narrow window,” says Lockwood. ‘If they freeze their eggs at 30, then those eggs will stay that age for ever, so they can have a baby even at 50 with no greater chance of miscarriage or Down’s syndrome than they had at 30.’

The doctors says that the technique is superior to the traditional freezing method because as the eggs are flash frozen there is less structural damage to it and it therefore survives the thawing process in a better way.

While with normal freezing techniques that take two hours the survival of eggs is 65 percent, it rises to 95 percent with the vitrification technique.

For Karen Batemen it was tense moment when she waited for two weeks after the eggs were thawed and fertilised to be transferred in her womb in march 2010.

‘It was the longest wait of our lives. I did a pregnancy test early one morning and ran in screaming to Carl that it was positive.We were just overjoyed when she was born.’said Karen.

For more women like her willing to become mothers in their late 40s and 50s flash freezing technique provides a possible solution. – Atula, Staff Writer