Home » Study: The Flu Shot Can Be Hard To Get For Moms-To-Be

Few things are worse than getting sick while you are pregnant because you are so limited to what you can take to get better. While the CDC recommends that pregnant women get a flu shot during any trimester of their pregnancy to protect themselves and their newborn babies from flu, some moms-to-be women are finding this hard to do. 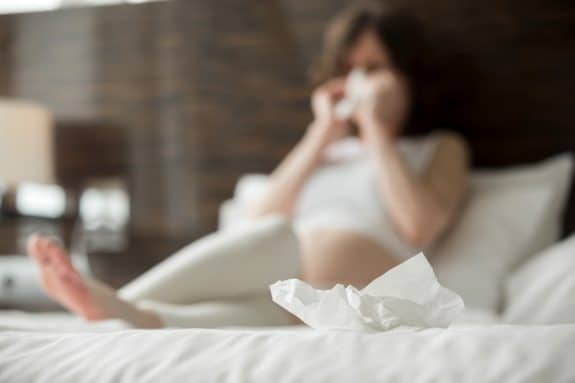 A new University of British Columbia study has also found that health-care professionals are hesitant to administer the flu vaccine to pregnant women, despite the potential life-saving benefits.

The study also showed that pregnant women who were eager to get vaccinated had difficulties because health professionals turned them away.

“The World Health Organization and Health Canada have classified pregnant women as one of the highest at-risk groups of having serious complications following influenza infection,” says Marie Tarrant, director of nursing at UBC’s Okanagan campus. “Given this, the health-care community should work together to protect these moms and their infants. Flu vaccination is one of the best ways.”

“This was a surprising finding.”

Tarrant and her team, including co-author Valerie Wong of the University of Hong Kong, started the research campaign in an effort to assess the effect of a brief flu vaccination education program targeted to pregnant women. The study was conducted in Hong Kong where vaccination rates are particularly low and there are two flu seasons.

One-to-one education interventions significantly increased vaccination rates, yet moms faced another barrier. When the research team followed up with the women, they learned that some doctors refused to vaccinate or that the vaccines were unavailable.

“Even with the knowledge of benefits of vaccination, there still is this long-held belief that pregnant women should minimize exposing the fetus to any unknown substance, especially those injected into the body,” says Tarrant. “I believe this reluctance is common worldwide.”

“Targeted interventions to health-care professionals and enhanced maternal education may help to address concerns and fears about flu vaccination, and lead to optimal and improved vaccination coverage.”

The flu is a respiratory infection caused by influenza viruses. Canadians typically contract the flu during the late fall and winter. Symptoms may include high fever, chills, sore throat, cough and tiredness. Most people recover within a week but some, including pregnant women, the very young and those over 65 years old, are at increased risk for severe complications. Globally, annual epidemics result in an about one billion cases of influenza, three to five million cases of severe illness, and 250,000 to 500,000 deaths.

Only 30 per cent of Canadians were vaccinated against the flu last year, a number that is well below Health Canada’s target of 80 per cent.

During a recent Irish study of GPs, pharmacists and other health professionals, one in eight said they lacked confidence in the flu vaccine because of safety concerns, and half of this group say they never recommend the vaccine for pregnant women,

One concern some moms may have about a flu vaccine is the exposure to mercury. Thimerosal been removed from many vaccines for use in children and can be used for pregnant moms too in a single-dose unit.