Many moms-to-be turn to nicotine replacement therapy (NRT) in order to avoid smoking during pregnancy. Smoking may lead to premature birth, low-birth-weight infants, stillbirth, and sudden infant death syndrome (SIDS) among other birth defects. But doctors now say that popular replacements like nicotine patches and gums may not be a good choice after all as the nicotine itself may be equally as harmful for the development of the unborn baby. 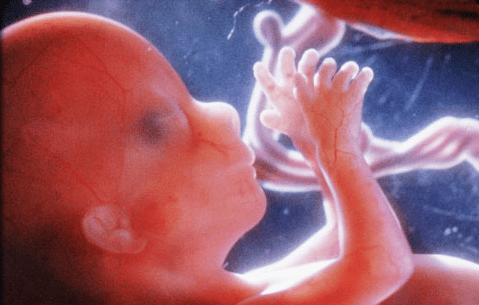 Currently about 30 percent of doctors recommend Nicotine patches to women who are expecting and also smoke. But few doctors contradict the use.

“Let’s first start with, does it work?” Ted Slotkin, professor of pharmacology at Duke University School of Medicine, said, “The answer is not very well or not at all.”

A 2012 study in UK has shown that Nicotine Replacement Therapy is not as useful for pregnant women as it is for smokers who are not pregnant.

But the therapy is still recommended as it is slightly better than putting the baby under the direct influence of cigarette smoking which has many other chemicals present other than nicotine. These include carbon monoxide that may damage fetal cells.

“It’s much better that [the pregnant mother take] nicotine instead of all the other smoke products, because they’re going to cause lung cancer and other things,” Slotkin said.

Now researchers led by Maria Morales-Suarez-Varela of the University of Valencia in Spain who studied the affect of Nictoine patches on pregnant women say that while these replacement therapies are a better option than smoking, they may still harm the baby in the long run.

“Nicotine is fetotoxic, but one could argue that if nicotine replacement (patches, gum, or inhalers) is the only effective smoking cessation tool, for some pregnant women it is a better alternative than smoking because hundreds of potentially harmful substances are replaced by a single one.”

“On the other hand, nicotine substitutes have a different absorption route and may reach higher peak values.” Concluded the authors.

Previous animal studies have found that nicotine interrupts endogenous acetylcholine receptors in the brain and lungs, which can cause developmental disruptions and abnormalities.

“Logically, nicotine replacement should be safer than smoking, but several animal studies indicate that the total dose of nicotine that the fetus is exposed to may be what really matters for brain development,” the authors of a 2007 study write in their conclusion.

It is thus, an alternative but not necessarily a good one.

Slotkin suggests that whether the mom is a chain smoker, an occasional smoker or someone who unknowingly smoked before knowing she was pregnant, the best thing to do is to quit immediately without opting for any alternatives. But if it is still difficult, he says Nicotine gums are a better option than the patch.

This is because nicotine patches send a constant flow of nicotine through the skin whereas gums or lozenge have a discontinuous flow, thereby reducing the overall nicotine that reaches the baby and may harm them.

Another study conducted in 2008 concluded,

“[T]his study suggests that two milligrams of nicotine gum does not increase smoking cessation rates, but may reduce overall tobacco exposure during pregnancy. Nicotine gum was associated with greater birth weight and gestational age than placebo gum, yielding parameters similar to those of a nonsmoker.”

Thus while use of nicotine patch may be harmful, nicotine gum use has not been found to be that harmful for a baby and the mom who is trying to quit smoking.

“There’s no clear path to follow,” Dr. Oncken said. “So the decision has to be between the patient and her health care provider.”

It is therefore up to the mom to decide if she can take the risk of using any kind of product be it a nicotine patch or gum when it may alter the healthy future of her baby. Best thing always is to take the tougher path and quit smoking completely.