The chance to become a mother looks more promising than ever for four Swedish moms after they became few of the first women to have a uterus transplant operation in Sweden since 2012. According to latest reports, four women have now entered the next phase of the experiment with embryos transplanted in their donor womb. 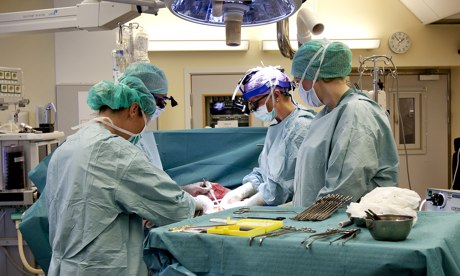 Dr. Mats Brannstrom, a professor of obstetrics and gynecology at the University of Goteburg, who is leading the research, told the AP the process of looking after the progress of all the nine women who were chosen for the uterus transplant is ongoing. There were initially ten women selected but the procedure was carried out on nine after one woman had complications. Most of these women are those who had their uterus removed because of health conditions like cancer.

The uterus’ these women have received are from a close relative like a mother or sister to increase the chances of their body accepting a donor womb.

Dr. Brannstrom says that four of them have entered the next phase where an embryo has been transferred into the womb. The embryo was fertilized from the mother’s egg that were earlier retrieved and frozen. Therefore, the baby born will have the same genes as the mother although the fertilization did not take place in the womb.

“We have already begun transferring embryos into four of the women and plan to make attempts with the others when they are ready,” said Dr. Mats Brannstrom.

Two of the nine selected women had complications but the doctor is hopeful that at least three to four of the remaining recipient moms might be able to take a pregnancy to term.

“One or two more will perhaps get pregnant and miscarry, and one or two won’t be able to get pregnant,” he said.

There have been two previous attempts to transplant a womb — in Turkey and Saudi Arabia — but both failed to produce babies. Doctors in Britain and Hungary also are planning similar operations, but using wombs from women who recently passed away.

In the case of these Swedish women, the doctor says that once the pregnancy is confirmed, they will be given low dosage drugs to ensure that the transplanted womb does not reject the changes occurring during pregnancy.

The transplants if successful will bring new hope for women who are born without a uterus or need to have it removed because of conditions such as cancer.

In a study published last week, Brannstrom and colleagues said there were “mild rejection episodes” in four patients. Other experts feel that during the pregnancy too it will be crucial to constantly monitor the women.

“There are questions about how the physiological changes in the uterus will affect the mother and whether the transplanted uterus will be conducive to a growing baby,” said Dr. Charles Kingsland, a spokesman for Britain’s Royal College of Obstetricians and Gynaecologists and a gynecologist at Liverpool Women’s Hospital.

The wombs given to the Swedish women are temporary and will be removed after two pregnancies.

Few experts fear whether the baby will get enough nutrients from the mother’s blood supply if the pregnancy happens.

“We really don’t know if the blood flow to the uterus will increase and adapt in the same way,” as in a regular pregnancy, said Dr. Yacoub Khalaf, director of the Assisted Conception unit at Guy’s and St. Thomas’ hospital in London. “It is a good sign they have done the (embryo) transfers,” he said. “But a live birth will be the best validation that this works.”

Surely, the whole world will be watching closely if these transplants begin a new revolution in the area of medicine and give thousands of women a chance of becoming mothers in near future.