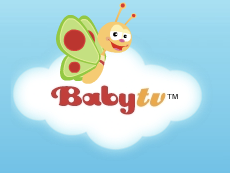 In a bold move, France’s broadcast authority has banned French channels from airing TV shows aimed at children under 3 years old, to shield them from developmental risks it says television viewing poses at that age.

In June, France’s minister for culture and communication, Christine Albanel, issued a “cry of alarm” to parents about channels dedicated 24 hours a day to baby-targeted programming. In a newspaper interview, she called them “a danger” and urged parents not to use them to help their children get to sleep.

She was referring to Baby First TV and Baby TV.

The ruling cites health experts as saying that interaction with other people is crucial to early child development.

“Television viewing hurts the development of children under 3 years old and poses a certain number of risks, encouraging passivity, slow language acquisition, over-excitedness, troubles with sleep and concentration as well as dependence on screens,” the ruling said.

I think that France may be taking this whole thing too far. My son has been watching TV since he was 8 months old. It has helped him learn how to talk and has taught him new songs and dances.