Even though it’s only been a couple weeks since we’ve seen Carla Bruni-Sarkozy she has grown considerably.  French President Nicolas Sarkozy and his pregnant wife were spotted enjoying a swim and a stroll in Fort de Bregancon, France. 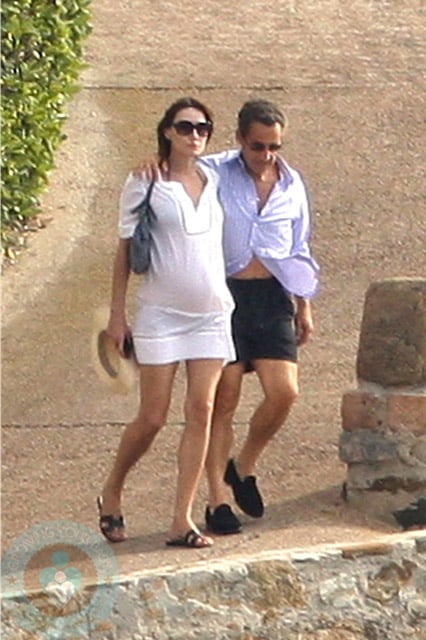 The first lady is believed to be expecting twins, which may be a possibility considering she is already quite curvy even though she isn’t due until October.

If she is pregnant with just one baby, it will be the second for the former model and the fourth child for President Sarkozy.