All mothers want to believe that they have done the very best for their babies, given them every chance to live up to their full potential. When it comes to nurturing their intelligence, it could be as easy as eating fruit during pregnancy – at least that is what one study says. 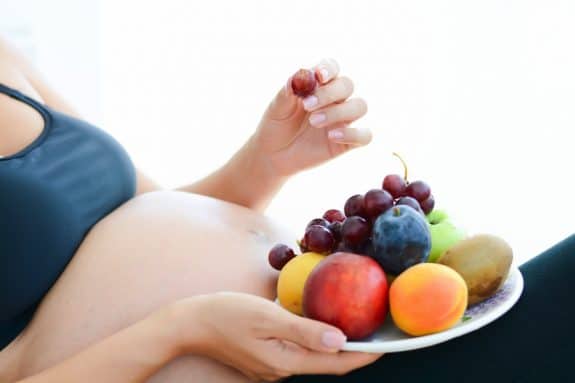 Conducted by the University of Alberta and published in the April edition of EBioMedicine, the study analyzed data on 688 children in the Canadian Healthy Infant Longitudinal (CHILD) study. Though the findings are preliminary, researchers are calling the information striking and revolutionary. After all, only one other food (fish) has been linked to enhanced cognitive development in babies.

“When my data analyst showed me, I said you’ve got to [look at] it again. I just don’t believe it,” Dr. Piush Mandhane, an associate professor of pediatrics at University of Alberta and a co-researcher leader in the CHILD study, told Wall Street Journal. “[But] fruit kept coming back to the top of the list as a factor associated with cognitive development . . . Most surprising was how big an effect it was.”

More than 3,600 pregnant women were initially enrolled in the CHILD study. Researchers examined the diets, family income, education, use of vitamin supplements, decision to breastfeed, and many other variables that may have contributed to an increase in the neurodevelopment of their babies at one year of age. Consistently, the babies who were born to fruit-eating mothers scored higher on the Bayley Scales of Infant and Toddler Development, a widely used test to determine the neurodevelopment of infants and toddlers. Even more surprising was that cognitive scores tended to rise in relation to the amount of fruit the mother ate. The effect did max out, however, at about six to seven servings per day.

Researchers even collected data on fruit flies to confirm their results. Some of the mothers were given a diet of only cornmeal, yeast, and sugars. Some received an enhanced with a combination of orange and tomato juices. Their young were then exposed to a tube with two different scents – one of which would deliver a mild shock to their feet. Offspring were given a day to learn which scent produced the shock and then analyzed to see which had learned to avoid the shock. Those that received a diet enhanced with fruit juice scored 30 percent higher on learning and more than twice as high in memory than their lab-food only peers.

Still, researchers do not want mothers to simply load up on fruit. It can raise blood sugar if consumed too often. This can be especially problematic for mothers who are prone to or suffer from gestational diabetes. A healthy dose – at least the recommended daily allowance of up to two cups per day – certainly couldn’t hurt, however (unless otherwise advised by your obstetrician). After all, most Americans fail to meet this guideline. Pregnant mothers may now just have an extra added incentive to do their best to consume at least the minimum amount.