Killian Gonzales survived horrific injuries in a head-on car crash that fractured his mother Brandy’s legs and her left arm. As serious as Brandy’s injuries were, Killian’s were worse. The 4-year-old boy fractured his right arm, had broken ribs and bruised lungs, ruptured his spleen and suffered from a life-threatening internal decapitation when his skull was dislocated from the spine.

The accident happened on icy roads as mother and son were traveling to Nevada from Idaho. Their car smashed head-on into another vehicle. Luckily the other driver was not injured. 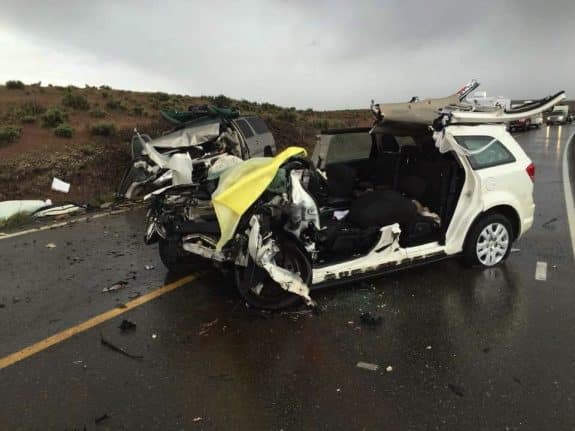 Killian survived because of the quick action of an Idaho police officer who was traveling with her husband in the area and witnessed the crash. The officer sprang into action, holding Killian’s head completely still for over half an hour until emergency responders arrived at the scene. The boy was taken to the hospital where doctors stabilized his head and neck using several different collars. Amazingly, no surgery was required. 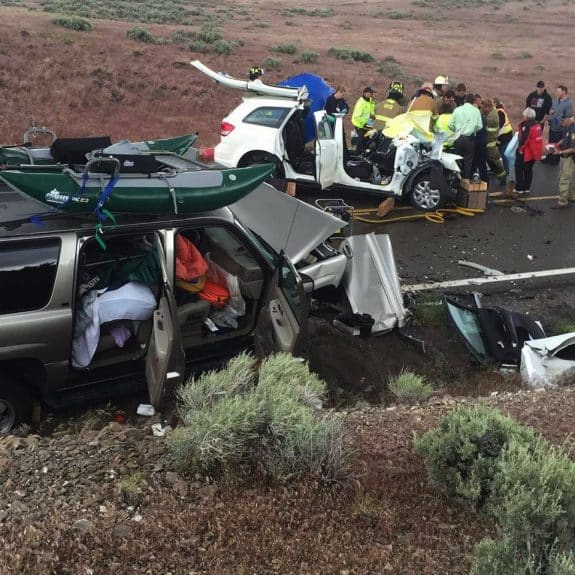 Officer Leah Woodward is a hero to Killian’s grateful family, who say “she saved my baby, she gave him back to us.”

In an internal decapitation, the head is connected to the spine only by strands of tissue or muscle. According to medical journals, 70% of people with this injury die immediately and an additional 15% die at the hospital. Killian is a rare success just for surviving the injury.

Neurosurgeons are trying to avoid surgery on the boy and are using a series of collars that are changed out every 24 hours to adjust the pressure points. Use of the collars helps Killian retain a fuller range of motion while he heals and gives him a better quality of life. He’s even been able to sit up and sip some lemonade. 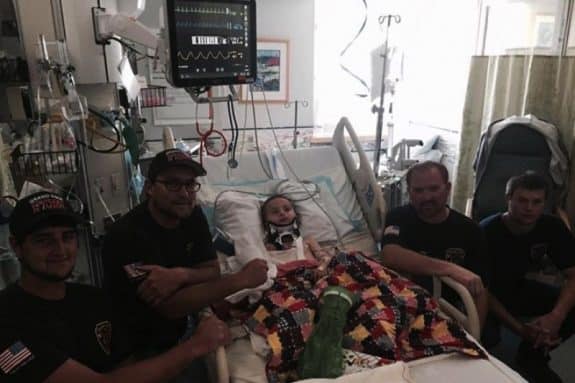 There’s still a long road to recovery for mom Brandy and Killian as both remain hospitalized. The family has set up a Go Fund Me page to help cover the costs of their continuing medical expenses.