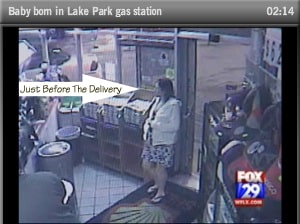 For a baby born in a gas station, the accidental choice of place of birth, proved miraculous in saving her life when the station cashier helped bring her back to life after delivery.The incident happened when Tammy Camp, the 42 year old cashier of the station, saw a woman come early Sunday morning and request for the bathroom keys. Later she and two other employees saw the dazed woman going near her car with her coat in her arms and bleeding. 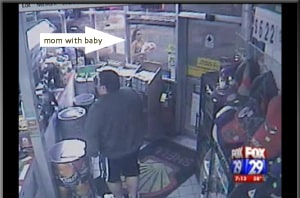 They rushed to help and found out that the woman had just given birth to a baby girl who was not breathing. Tammy immediately took control of the situation by first calling 911 and then trying to make the baby breathe by clearing her throat. 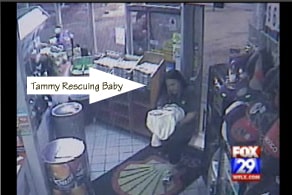 She then continued to pump the baby’s arms and legs until the newborn started crying and breathing. Soon after, emergency crews arrived and took the baby and her mother to a hospital where they are expected to be fine. – Atula, Staff Writer