Home » Gene Deletions Found to Be More Common in Autism

With autism occurring now in about 1% of the population, researchers and scientists are hard-pressed to learn something about autism that still remains somewhat of a mystery – the possible causes and how, or even if, it can be prevented or better treated.

Genetics has been a strong focus, and for very good reason; autism can, and sometimes does, run in families. Researchers have previously found that siblings are more likely to have autism if one has already been diagnosed. However, the understanding of how this happens, or how frequently it happens, is still somewhat unclear. 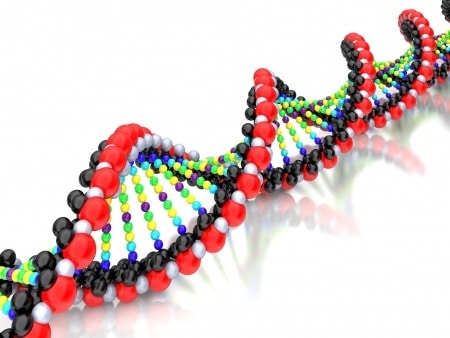 One of the most recent looks into how genetics may affect analyzed the genetic deletions in more than 431 individuals with autism and 379 without. Gene deletions and additions happen in everyone – it’s what makes us all different – but it is which genes that are affected that will determine what the effect is on each individual.

According to the Mount Sinai researchers, individuals with autism had more deletions than those not on the spectrum, and they were more likely to have multiple deletions. And, interestingly enough, many times the same deletions appeared – specifically deletions that are linked to autophagy – a kind of waste-disposal process and renewal for process cells. The authors say this suggests that these deletions are the cause of “mis-wiring” that may alter the activity of nerve cells in the brain.

“This is the first finding that small deletions impacting one or two genes appear to be common in autism, and that these deletions contribute to risk of development of this disorder,” Professor Joseph Buxbaum, who led the team, said in the publication of the American Journal of Human Genetics. “There is good reason to believe that autophagy is really important for brain development because the brain produces many more synapses [connections through which brain cells communicate] than it needs, and the excess needs to be pruned back…Too many, or too few, synapses have the same effect of not making communication work very well. It could mean that some synaptic connections come in too late and may not solidify properly.”

This could explain, at least somewhat, as to why individuals with ASD have trouble with communication and interaction with other people and the world around them. Because of this, researchers on the study believe that these particular sets of genetic variations may be a good target for further genetic testing.

Carol Povey, director for the Center for Autism at the UK’s National Autistic Society had this to say to BBC News about the study:

“The causes of autism are still being investigated. Many experts believe that the pattern of behavior from which autism is diagnosed may not result from a single cause. There is strong evidence to suggest that autism can be caused by a variety of physical factors, all of which affect brain development. Genetic factors may be responsible for some forms of autism, but it is likely to have multiple genes responsible rather than a single gene. This study provides interesting insights into autism and genetic factors. More research needs to be done before any concrete conclusions can be drawn about the causes and what this might mean for future developments, so it will be interesting to see now this research is built on to further enhance our knowledge of the condition.”

In addition, there have been some studies that suggest that genetics are not always the cause of autism. It is suspected that some forms may be caused by epigenetic factors (factors that determine which sets of genes are expressed), while others may be the result of environment. All in all, we may not know anytime soon why autism occurs, but hopefully we will continue to make more steps in the direction of understanding.