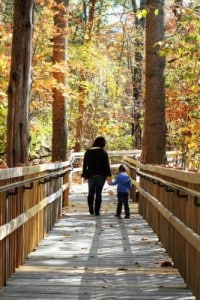 If you have done any kind of observation of families, you can notice two or more children, parented by the same parents, have completely different temperaments. But why? Isn’t the parenting style all the same? Shouldn’t all of the children make good or bad choices based on their parents’ parenting style? Not necessarily. According to one recent study, it’s quite possible that genetics somehow have an influence on the way a child responds to the type of parenting they receive.

Previous studies have revealed that about 1 in 5 children are born with a variant of the 5-HTTLPR serotonin transporter-promoter gene that makes them extremely sensitive to the effects of abusive, neglectful or insensitive parenting. This gene governs the activity of serotonin – a mood chemical – in the brain. It is these studies that sparked a more recent study – one where researchers investigated whether or not those same children might also be overly-sensitive to the effects of good parenting.

During the course of three separate experiments, researchers tested a total of 1,874 children between the ages of 8 and 16 to determine which 5-HTTLPR allele they had. They also noted their overall mood and the overall quality of parenting they had received.

This data indicates that, while environment obviously plays a part in the temperament of a child, so do their genetics. While some children are more sensitive to bad or good parenting, others are not so sensitive. Hence, the probable reason behind the diversity of childhood temperaments, aside from the actual parenting they receive.