With one in 68 children affected by autism, researchers are searching for answers. What causes it? When does it happen? Sadly, there is still so much to learn. However, there are numerous studies to indicate that it is a genetic condition, one that may occur as early as conception. A new study, conducted by researchers at OHSU in Portland, Oregon, adds to the growing body of evidence. However, this study also made a new discovery – a postzygotic mosaic mutation – that may be responsible for at least some cases of autism. 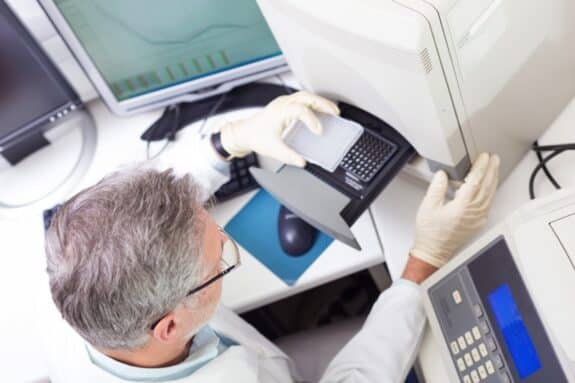 Postzygotic mosaic mutations, or PMMs, occur after the conception of a zygote but during the development cycle of a fetus. In other words, they occur in the very early stages of pregnancy. Recently implicated in a variety of other neurological conditions, these mosaics include both mutated and non-mutated cells, and may even be passed on from the parent.

Researchers discovered them while comparing the genetic sequencing data of 2,300 families that had just one child with autism. They focused solely on the types of low-lying mutations that would typically be overlooked. Such mutations can only be found in a small fraction of a person’s DNA. Around 11 percent had such mutations that affected a single DNA base.

“This initial finding told us that, generally, these mosaic mutations are much more common than previously believed. We thought this might be the tip of a genetic iceberg waiting to be explored,” said the study’s principal investigator Brian O’Roak, Ph.D., an assistant professor of molecular and medical genetics in the OHSU School of Medicine.

Next, the researchers took a custom approach, leveraging molecular bar codes and next generation sequencing, to both identify these low-lying mutations and determine that they were not simply technological artifacts. Not only were the mutations validated, but the rate of such PMMs also increased with this method, going to approximately 22 percent.

After that, the researchers compared the rates of PMMs in affected children to the genomes in unaffected siblings. They found that “silent” mutations were enriched in affected children, and were found to be a contributing risk in about 2 percent of the children with autism. Researchers also found preliminary evidence to suggest that such mutations may alter the proteins code of genes that are essential for development – genes that resist mutation. Overall, this was found to be a possible contributing factor in another 1 to 2 percent of children with autism.

Sadly, determining when, exactly, these mutations occur is difficult. Researchers did determine that the mutations likely occur in the early stages of development, but the exact timeline is not known. They hope that more research and more subjects could help them discover more.

“In addition to a need for broader research focused on the role that mosaicism plays in autism and related disorders, our data argue that physicians should be requiring more sensitive testing of both children and parents, when a new disorder-related genetic mutation is identified,” O’Roak said. “These mutation can go from being in a few percent of the cells of a parent to 100 percent of the cells of a child. If present, at even low levels in the parents, the risk of additional children receiving this mutation is dramatically increased.”