Newlyweds Ginnifer Goodwin and Josh Dallas were photographed arriving at a friend’s house in Los Angeles on Sunday. 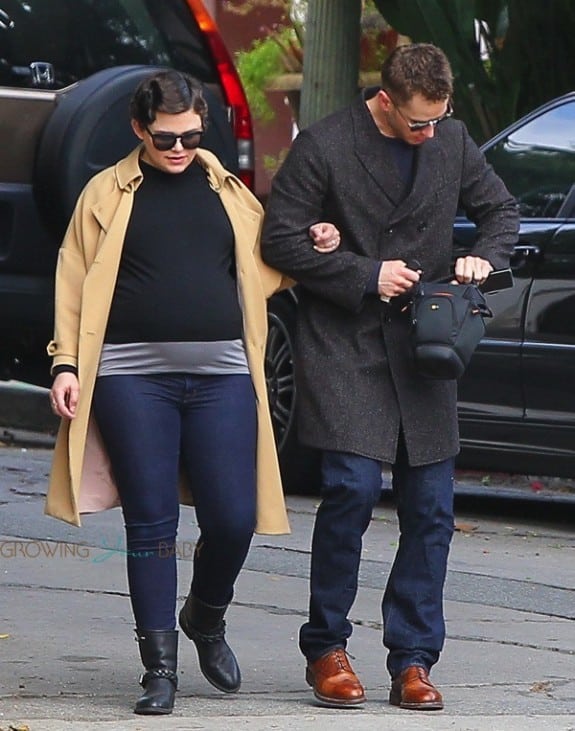 The visit came just a few hours after the pair exchanged vows in front of 30 close friends and family.  Ginnifer’s growing baby belly was apparent under her black/grey banded top. 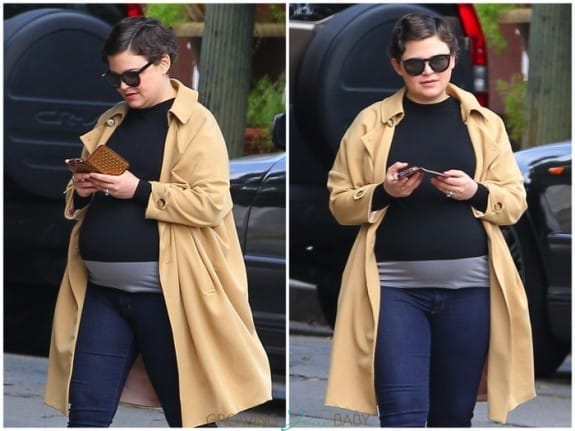 “Ginnifer and Josh seemed very relaxed and happy,” a source told E!Online.com. “They were surrounded by their nearest and dearest friends and kept it very intimate…There was minimal decor. The house where they chose to get married has a river-like pool running through the different rooms, concrete walls, fireplaces and Moorish and Eastern influences.”

Ginnifer and Josh announced their engagement last October and their pregnancy a month later.

The parents-to-be met in 2011 while filming their series Once Upon a Time. Just in time for their baby to arrive they have wrapped production on Season 3, with fingers crossed that the show will get picked up for a 4th season.

For now, they will have time to focus on preparing for their new addition!