Home » Girls Get More Learning Time from Parents than Boys

Girls may struggle with self-esteem issues and gender equality in the workplace, but a new study suggests there is one area where they have a one-up on their male counterparts. 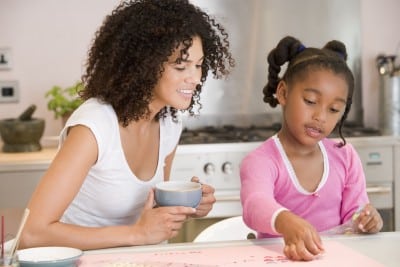 Conducted by two Canadian economics professors, this study is a follow-up on one that showed boys receive more parental time than girls because their fathers spend more time with them after about age five or six. However, the new study indicates that girls have the upper hand when it comes to teaching time from their parents.

According to the authors, preschool girls from Canada, the United States and the United Kingdom get more time with their parents when it comes to telling stories, reading, singing songs, drawing, and learning new words and letters. Even in households with fraternal boy-and-girl twins where parents were determined to treat both children fairly, this conclusion held true. In fact, number teaching seemed to be the only place where boys seemed to receive fair treatment.

So what’s the reason behind the uneven teaching time among boys and girls? University of Toronto’s Michael Baker and University of British Columbia’s Kevin Milligan said the answer is rather simple – girls are simply “more rewarding” to teach, and they tend to give less opposition than their boy counterparts.

“This finding is consistent with a story in which boys are less rewarding to teach, and parents are more willing to persevere with boys once they are not responsible for their care throughout the day,” Baker and Milligan said in the report.

But spreading that time out more evenly among boys and girls could help reduce the Canadian kindergarten achievement gender gap by up to a third, study authors told the Toronto Star. And by spending more time teaching boys, parents may better help equip boys with certain behavior patterns that are needed to be successful at school.

The lesson here? Boys really can be a handful (I should know, I have four of them!), but they really do deserve just as much teaching and nurturing time as girls. And, if you’re attentive and inventive, you might find that boys really do learn just as easily as girls, they just tend to learn differently.

For my four boys, the best way to teach is through hands-on methods. For example, they’d much rather go out and collect dirt samples to create a paper model on the types of dirt than sit and read a book about it. In contrast, my daughter is completely content with reading and talking about dirt. She’ll ask questions and then talk about what she’s learned with everyone she meets thereafter.