Mommy and baby jet setters! Supermodel Gisele Bundchen and daughter Vivian were photographed departing on a flight at LAX airport in Los Angeles, California on February 9, 2014. 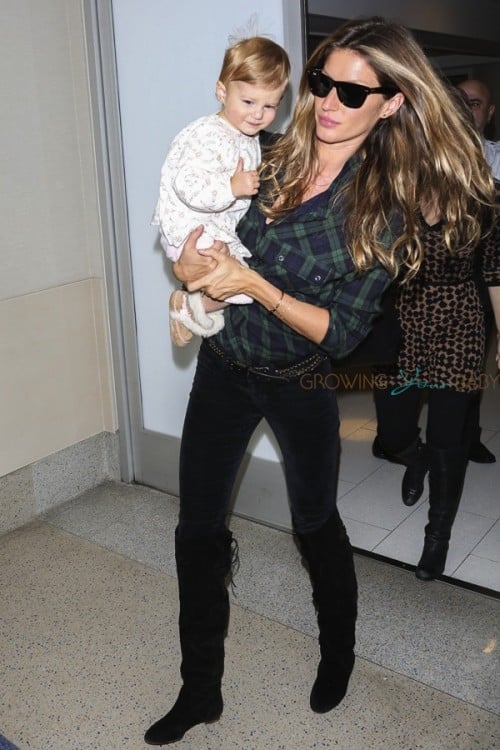 Beautiful baby Vivian was all smiles as mommy carted her through the doors, looking sweet as can be in her floral jumpsuit and booties. Her pretty dollop of blonde hair was swept to the side, mimicking Gisele’s golden locks, and she seemed curious and content as she was whisked past the photographers to the car. 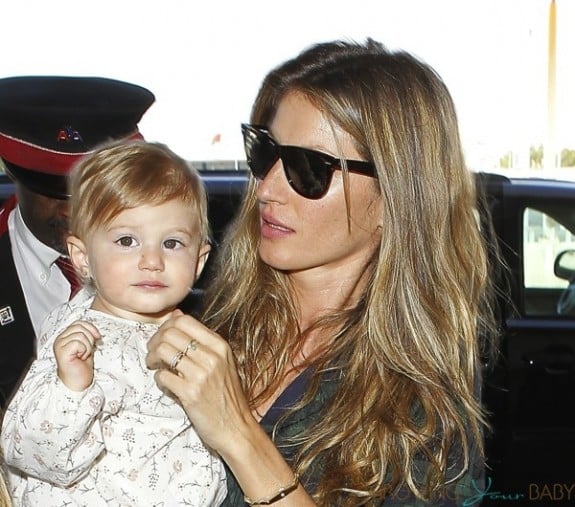 Gisele was trendy as ever, clad in a stylish green and blue plaid roll-up shirt with black skinny jeans, shades, and a pair of tall, suede flat boots. An edgy studded belt topped off the outfit, leaving the Victoria’s Secret supermodel looking both casual and hip.

Gisele seems to play the role of supermom just as well as supermodel! Just hours ago today, she tweeted she was on her way to take part in the launch of Venezuelan-American fashion designer Carolina Herrera’s newest fragrance.

Around this time last year, Gisele began showing Vivian off, sharing a snapshot of the two of them via her Facebook page. It’s hard to believe baby Vivian is 14 months old now. How time flies! It looks like she’s already following in mommy’s jet setting footsteps!