Home » Gisele & Tom Lunch With Their Kids in NYC

Family day out! Tom Brady and Gisele Bündchen were photographed out in New York City with their kids Benjamin and Vivian on Sunday. 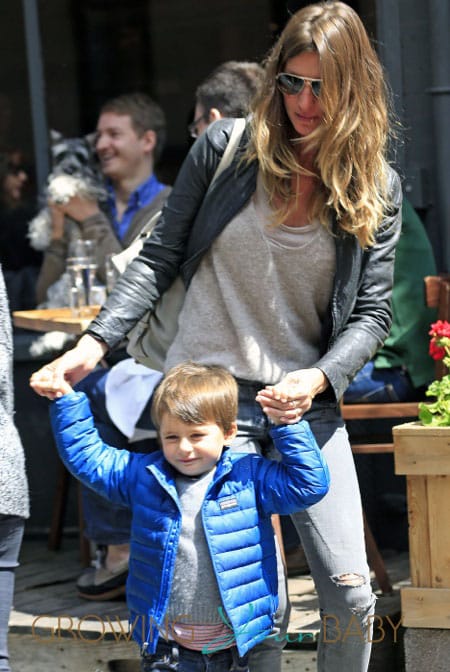 The couple enjoyed lunch out at the Extra Virgin Restaurant in West Village before checking out an apartment on Madison Avenue. 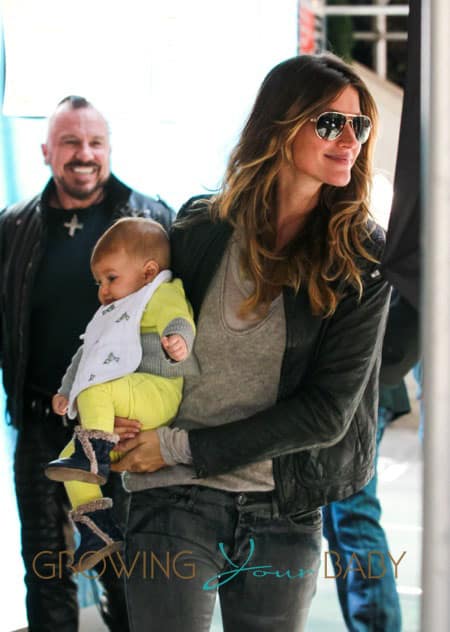 Gisele carried her little lady into the restaurant but kept her covered under a jacket on the way out. 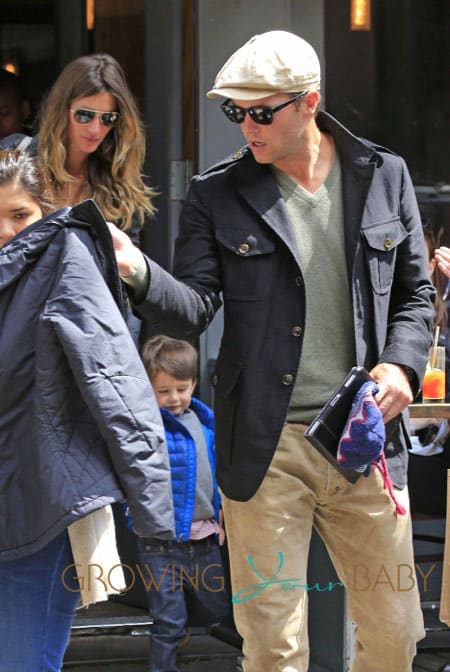 The Brady’s split their time between Los Angeles, New York City and Boston, where Tom plays with the New England Patriots. Currently in the off-season, Tom has been making the most of his time off. In the last couple months they have been spotted in Hawaii, Costa Rica and most recently Sao Paulo, where Gisele attended a promotional event for Pantene.

Only 4-months-old, Vivian has collected more stamps on her passport than most people get in a year!