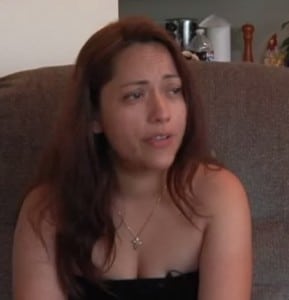 Iria Wolnick had just lost her mother and was on her way to pay her last respects. But as she traveled down the highway, she witnessed a rollover accident. She then watched the vehicle burst into flames. Immediately, she stopped to help. Little did Iria know, she would witness both a tragedy and a miracle along the side of that road.

When she arrived Iria noticed a man, a woman and a young child. Quickly assessing the damage, she asked what she could do. The woman, 19-year-old Niser Anahe Saldana, kept asking about her baby as she bled profusely from a laceration on her abdomen, Iria told Valley Central.

“I didn’t realize she was pregnant, however, until she said for me to check her baby. She’s like, ‘How’s my baby.’ And I thought she was talking about her toddler, and I said, ‘She’s fine,’” Iria said. 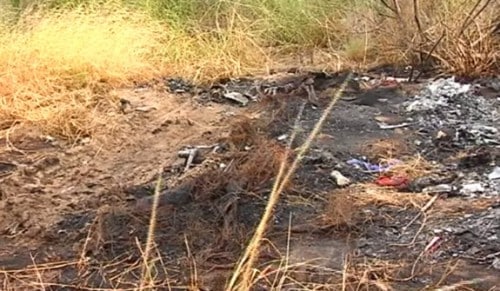 And, for the most part, the two-year-old girl was fine – some burns on her back from when the car ignited, but seemingly otherwise fine. However, Niser was talking about the baby inside her stomach, the one that was now protruding from the large abdominal laceration.

“The baby’s head and one of her hands was protruded out of the laceration that she had to her abdomen, and the baby was crying, which is unbelievable. And wonderful,” Iria said.

And as Iria calmly reached for the baby, running on nothing but sheer instinct, the baby continued to cry. It would be the first and last time that Niser would hear her baby cry. 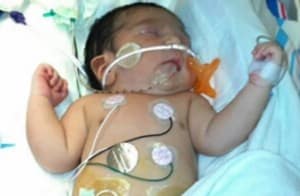 As they waited thirty minutes for the ambulance to arrive, Niser continued to bleed. By the time that she’d arrived at the hospital, it was already too late. But the 6 pound, 11 ounce baby, named Emma Lyn Anahi Ortega, had survived and is now reported to be in stable condition, thanks to the help of Iria and another Good Samaritan who took off his shoe lace to tie off the baby’s umbilical cord.

In addition, the baby’s father, 19-year-old Edgar Ortiz, and the baby’s older sister survived the accident. And though the Nesier was sad, Iria says she’s glad that the mother had a chance to see her miracle baby before she passed away, which, according to Iria, may have been thanks to the help of her own deceased mother.

“[An] incredible brand new life, precious little girl,” Iria said. “It was amazing. Yesterday, at my mom’s wake, I didn’t cry, and only because I did promise my mom I wouldn’t. But it doesn’t feel like I lost her, but I gained something different too.”