The Safe to Sleep campaign (formerly known as Back to Sleep) launched in 1994. Geared at teaching new mothers that their infants should always sleep on their backs, it greatly reduced the number of Sudden Unexpected Infant Deaths (SUIDs). Unfortunately, it is still more prevalent than health officials would like, with a total of 3,500 in 2013. 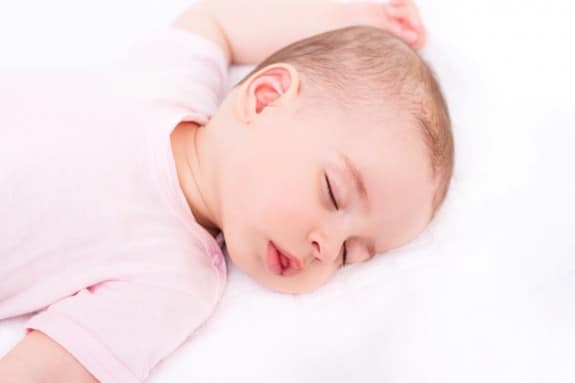 So why is it still so prevalent? Why is it that, with all the initiatives, and all the work, and all the campaigns, there are still so many infants dying? That’s exactly what Deborah Raines, associate professor in the University at Buffalo School of Nursing, wants to know.

Raines says she believes that there are family, cultural, and geographical influences at play, some of which experts may not have considered in the past.

“You go home from the hospital and your mother says, ‘Honey, I never put you to sleep that way.’ Chances are, you’re going to listen to your mother,” Raines said.

Mother’s advice was probably true . . . at one time, but it isn’t today.

Up until the early 1990s, parents were taught by health professionals that the stomach was the safest position because they believed it would keep the baby from choking on their own spit up. But this was revised in 1992 (to placing infants on their sides or backs), and then again in 1996 (back to sleep only), and for very good reason.

Newborns do not have the motor skills or muscle strength to move themselves so they have a hard time getting oxygen when they are left to sleep on their stomachs. When paired with a soft sleeping surface, the infant starts rebreathing the same air from a small pocket within the bedding (or other obstructions). Within just a short amount of time, they could end up suffocating. Frighteningly enough, there is rarely a sound or sign of struggle from infants that have died this way.

Hoping to gain a better understanding of the reasons that some new mothers (particularly those from certain ethnic groups) may still be placing their infants in a sleeping position other than their backs, Raines is organizing the new study, “What Factors Influence Sleep Position of Infants in the Home.”

Working hand-in-hand with the maternal-newborn units at Sisters of Charity Hospital in Buffalo, researchers will gather data on how newborns are being put to sleep, and they’ll attempt to determine who in the family is making the decision of how to put baby to sleep. Researchers will also interview parents to determine how well they learned the safe sleep recommendations that are now a required part of discharge.

In the meantime, Raines and the Sisters of Charity Hospital have the ABCs of safe sleeping for parents: