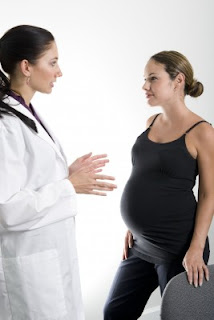 The group representing obstetricians and gynaecologists said Thursday it will develop national guidelines on how much alcohol — if any — is safe for women to consume leading up to and during pregnancy.

“The advice is extremely inconsistent, the advice is sometimes downright wrong and the perception on the part of the public is extremely wide and varied,” said Dr. Vyta Senikas, a spokeswoman for the Society of Obstetricians and Gynaecologists.

Because there are currently no guidelines in Canada, advice varies from province to province and from physician to physician.

“I have patients who think a couple of beers a day is not an issue. And the question is, is it an issue? That’s what we’re going to look at,” Senikas said. “And it has to do with the equivalents of what a couple of beers are and what a martini is. And there’s the whole issue of binge drinking and patterns of alcohol drinking. It’s a review of the literature on that.”

She said one doctor may tell a pregnant woman, or a woman trying to get pregnant, “don’t drink at all,” while another may say “moderate drinking” is OK.

The goal is to put together the best national and international information available to develop guidelines and recommendations for physicians to give to patients.

The Society of Obstetricians and Gynaecologists estimates between one and six out of every 1,000 children are born with Fetal Alcohol Spectrum Disorder, a term that refers to disabilities that can result from alcohol use during pregnancy.

It is about time that everyone is on the same page.