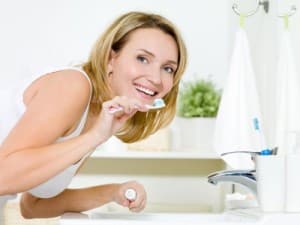 Conception problems are experienced by numerous women all over the world. It can be depressing and frustrating trying to conceive without success. According to a recent study conducted by the University of Western Australia, gum disease may be the cause of conception problems for some women.

Professor Hart, a Professor of Reproductive Medicine at the university, and his colleagues compiled data on 3,737 pregnant women. Of these women, they were able to obtain conception times of 1,956 of them. What they found was that women with gum disease, on average, took a little more than seven months to conceive compared to an average of five months to conceive for women that did not have gum disease.

The study also indicated that non-Caucasian women with gum disease were likely to take even longer – in many cases, more than a year. According to Professor Hart, “Until now, there have been no published studies that investigate whether gum disease can affect a woman’s chance of conceiving, so this is the first report to suggest that gum disease might be one of the several factors that could be modified to improve the chances of pregnancy.”

Age, smoking and a body mass index of more than 25 kg/m2 are also other factors that can increase conception time. And, while age cannot be altered to increase the chance of conception, the other factors can. Other health risks have also been linked to periodontal disease like diabetes, heart disease, kidney disease, respiratory disease, miscarriage and premature birth. It is estimated that around 10% of the population may have severe gum disease.

The best way to prevent gum disease is through regular brushing and flossing. If trying to conceive, Professor Hart suggests that all women see their family practitioner “to ensure that they are as healthy as possible before trying to conceive and so that they can be given appropriate lifestyle advice with respect to weight loss, diet and assistance with stopping smoking and drinking, plus the commencement of folic acid supplements. Additionally, it now appears that all women should be encouraged to see their dentist to have any gum disease treated before trying to conceive. It is easily treated, usually involving no more than four dental visits.”