Home » Gwen and Gavin Step Out With Their Boys!

Family day out! Gwen Stefani and Gavin Rossdale were photographed out in Los Angeles on Saturday with their two youngest sons Zuma and Apollo. 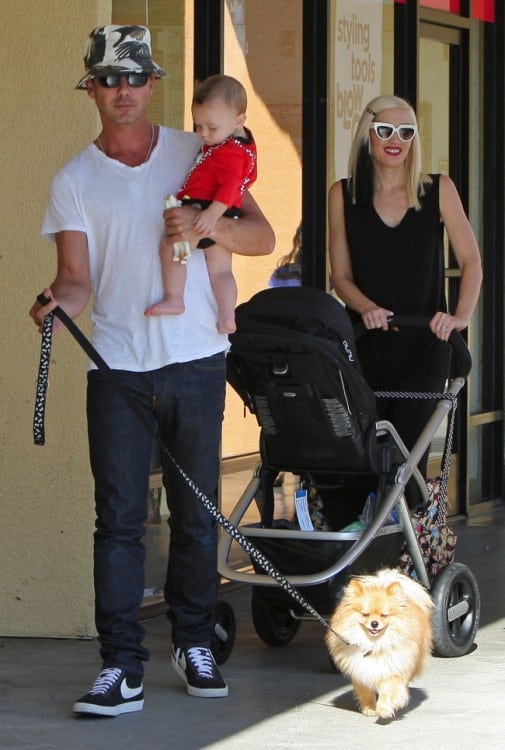 Gwen started the trip off carrying Apollo in the ERGObaby Carrier and then Gavin took over while she pushed the stroller.

The singer was fashionably edgy in a pair of black harem pants with a large tiger on the bum, a black tank and bright orange high tops.  She is also still rocking the black streak she had added to her hair a couple weeks ago.

Gavin juggled his babe, Sophie the giraffe and the lead for the family’s Pomeranian Chewy. 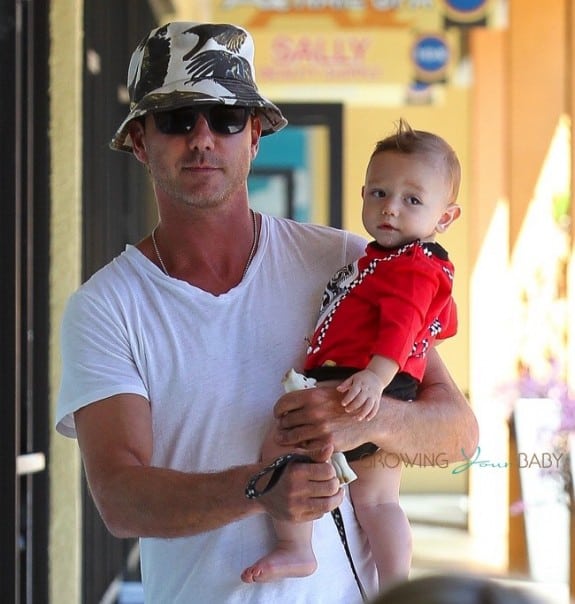 Gwen currently stars on The Voice as one of the show’s judges.  Gavin also joined the show as Gwen’s advisor, a move that left fans excited to see the couple working together.

Gwen joked backstage that she was nervous about the partnership saying,

‘I’m a little nervous because we’ve never done anything outside of make out and have kids before.’

Cute kids at that!